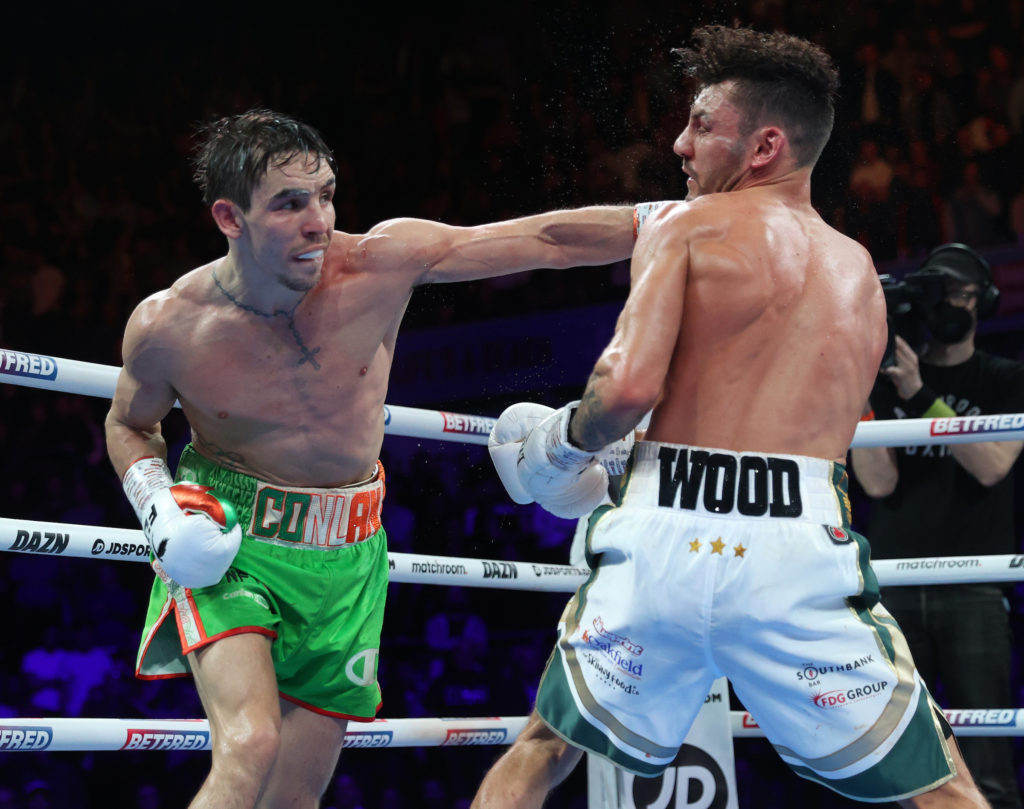 Two weeks ago featherweight contender Michael Conlan revealed via social media that he would return to action in his hometown of Belfast, Northern Ireland on Aug. 6 during the city’s annual Feile an Phobail festival.

On Wednesday, Top Rank made the event official and unveiled Conlan’s opponent for the 10-round bout: former three-time world title challenger Miguel Marriaga. They will square off at The SSE Arena in the main event of a card that will stream live in the United States on ESPN+.

“There is no place like home, and we are thrilled that Mick will get another chance to perform in front of the tremendous Belfast fans,” Top Rank chairman Bob Arum said in announcing the fight. “With a win over a solid opponent like Marriaga, he’ll once again be contending for a featherweight world title in short order.”

Conlan (16-1, 8 KOs), 30, will be fighting for the first time since his epic battle challenging WBA “regular” titlist Leigh Wood on March 12 in Wood’s hometown of Nottingham, England. Conlan knocked Wood was down in the first round, Wood dropped Conlan in the 11th round and the fight concluded with Conlan, who was narrowly ahead on all three scorecards, getting knocked clear out of the ring in a 12th-round knockout loss of what was an electrifying fight.

“I’m very excited to be back fighting in my beloved Belfast,” Conlan said. “Miguel is a great fighter, and together we’ll give the fans a memorable night at The SSE Arena. This bout will get me straight back in the mix for world titles, and I’m relishing the task at hand.”

Conlan, a two-time Irish Olympian, will be fighting in Belfast for the fourth time and for the third time headlining during Feile an Phobail.

“The road back for Michael starts with Miguel Marriaga,” said Jamie Conlan, Michael’s brother and CEO of Conlan Boxing. “Miguel is a dangerous man and one of the biggest punchers in the division who has mixed it up at the very top. Aug. 6 will be another electric night in the city in what is becoming an annual Irish boxing tradition with Michael’s fight night at the Feile festival. The goal remains the same. Michael Conlan will be Ireland’s next world champion.”

“The Scorpion” Marriaga (30-5, 28 KOs), 35, of Colombia, suffered three of his losses in world title fights: decisions in featherweight title bouts against Nicholas Walters in 2015 and Oscar Valdez in 2017, and a seventh-round knockout loss to Vasiliy Lomachenko in a 2017 bid for a junior lightweight belt.

Marriaga is 5-2 since losing to Lomachenko and coming off a 10-round decision loss to Eduardo Ramirez in a junior lightweight bout on the Gervonta Davis-Isaac Cruz undercard in December in Los Angeles.