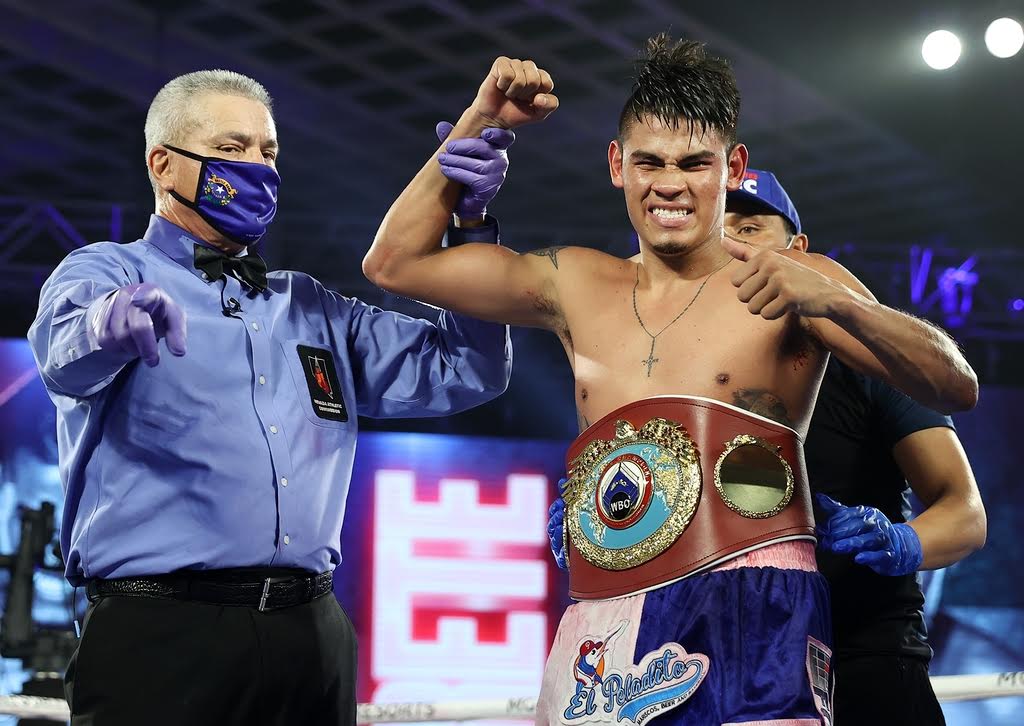 The Nevada Athletic commission and the organizations sanctioning Saturday night’s World Lightweight Unification Title fight between Vasiliy Lomachenko and Teofimo Lopez have decided upon the third man in the ring. And, he is not only a world championship veteran, but has been working big main events recently in the Top Rank boxing “bubble” in Las Vegas.

Russell Mora, who’s been a boxing judge or referee since 1997 has been tabbed as the man in charge once the bell rings Saturday night in the MGM Grand Conference Center for Lomachenko – Lopez 135 lb. showdown,

Mora has been very active, working fights in the Top Rank Vegas “bubble,” including the WBO featherweight title fight last week won by Emanuel Navarrete (photo at top) by a 12-round decision over Ruben Villa.

Mora was also the main event referee for the September battle between Jose Pedraza and Javier Molina. And, he previously worked the World Junior Welterweight Unification showdown won narrowly by Jose Ramirez on a majority decision over Victor Postal back in August.

He has not been without controversy in his career (like most referee’s in boxing) and that includes his poor handling of the Abner Mares’ controversial unanimous decision win over Joseph Agbeko in Las Vegas in August of 2011.

Mora failed to see Mares land a blatant low blow in the 11th round and counted it as a knockdown against Agbeko instead. He obviously, didn’t give Agbeko time to recover from the low blow and Mares was able to dominate him in the final two rounds to seal his win.

Because Mora has primarily officiated fights on the West Coast of the U.S., he has not worked any of Teofimo Lopez s bouts, which have mainly been in the New York area. Neither has he worked a Lomachenko previous title fight during any of his championship defenses.

As Keith Idec of Boxingscene.com reported, the three judges who have been assigned and approved by the WBA/WBC/IBF and WBO will be veterans: Las Vegas’ Tim Cheatham, New York’s Julie Lederman (the daughter of the late, legendary Hall of Fame judge/HBO analyst, Harold Lederman) and New Jersey’s Steve Weisfeld.