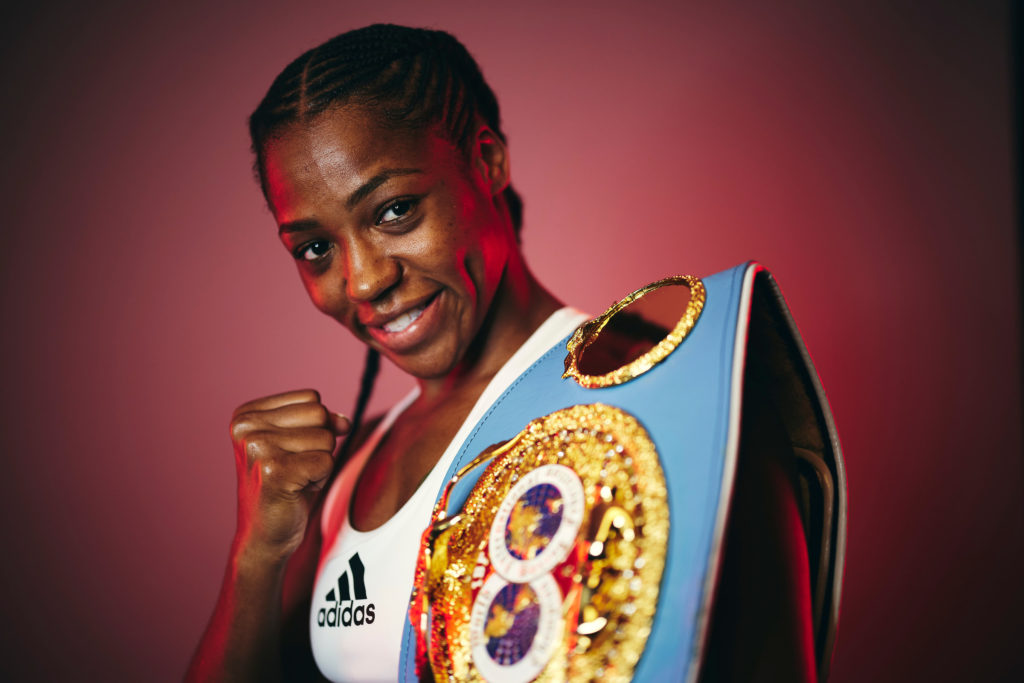 Mary McGee plans on overwhelming Chantelle Cameron when they clash for the WBC, IBF, and Ring Magazine Super-Lightweight World Titles at The O2 in London this Saturday, October 30, live worldwide on DAZN.

‘Merciless’ McGee (27-3, 15 KOs) comes into the fight with increased momentum, notching seven straight wins since her World Title loss in 2013 and picking up the IBF Super-Lightweight Title on the way. The American’s last win came via a ninth-round TKO against Deanha Hobbs to retain her crown.

Check out our latest episode of the Big Fight Weekend Podcast, where we have on from Boxingscene.com Keith Idec, as we speak on this fight card, and more.

“My relentlessness, my heart and my determination to not give up overwhelm certain opponents,” said Mary McGee into their clash Saturday. “I guess they feel the power, but I’ve never thought in my mind that I’m that powerful. So for me, I feel as if she is going to run from me. She tells her game plan in interviews. I’m going to make her miss and make her pay. I already know what she’s going to do – she’s going to try to run and pot-shot.

“I’m not Adriana Araujo. She came five pounds overweight. She was drained and she couldn’t pursue Chantelle. The last girl that she fought Melissa Hernandez shouldn’t even be fighting at 140lbs – she’s a great fighter but at 140lbs what can you do against someone who’s much bigger and stronger than you? It’s going to be a different fight. I know that she’s going to be doing a lot of running but I’m going to chase her down.

“My experience allows me to look at certain things and understand what I can and can’t do. I’m not taking any more fights to lose. I’m coming over here to win. I’m going to fight hard – dog hard. If they think I’m going to just open up and let her hit me then they’ve got another thing coming. Nobody is stopping me. I’ve never been stopped in 31 fights and I’m not going to start now.

“My plan is to beat her, to overwhelm her. I want a fair decision if it goes to the judges. My plan is to do what I’ve trained to do round to round. I’m ready to win those belts. I want to win titles but I’m not just here to hold titles. I want to build a legacy for my son and myself. When I came back to boxing it was after I had my child. I decided that this was a way to make him proud of me.”