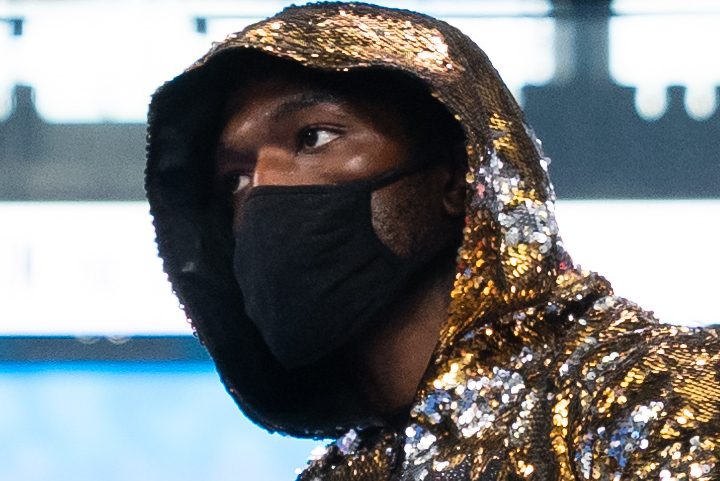 So this New Year’s Day there is a Fox PPV but there is some free over the air action as unbeaten lightweight contender Frank Martin, who fights under Errol Spence Jr.’s Man Down Promotions banner, will square off against Romero Duno in a 10-round showdown that tops PBC action live on FOX and FOX Deportes Saturday, January 1 kicking off the New Year from Hard Rock Live at Seminole Hard Rock Hotel & Casino in Hollywood, Florida.

The pay-per-view action begins at 8 p.m. ET/5 p.m. PT and will also see heavyweight contenders Jonnie Rice and Michael Coffie battle in a 10-round rematch, former title challenger Gerald “El Gallo Negro” Washington in a 10-round showdown against Turkish Olympian Ali Eren Demirezen and unbeaten Viktor Faust facing Iago Kiladze in a 10-round attraction to open the pay-per-view.

Tickets for the live event, which is promoted by TGB Promotions, are on sale now and can be purchased at Ticketmaster.com. Martin vs. Duno is promoted in association with Man Down Promotions.

The 26-year-old Martin (14-0, 10 KOs) has risen up the lightweight rankings in 2021 with a pair of impressive victories. Martin knocked out the previously unbeaten Jerry Perez in a dominating performance in April, before most recently earning a unanimous decision over Ryan Kielczweski in August. Originally from Indianapolis, Martin now trains in the Dallas area under the guidance of top trainer Derrick James and alongside unified welterweight champion Errol Spence Jr.

Representing his native Cotabato City, Maguindanao, Philippines, Duno (24-2, 19 KOs) enters the fight as the winner of three-straight bouts, all by knockout. The 26-year-old has put together the winning streak following a 2019 defeat to unbeaten contender Ryan Garcia. Duno’s 2021 triumphs have come over Ramon Elizer Esperanza in August and Jonathan Perez in September.

The 24-year-old Bruzon (6-0, 5 KOs) was born in Holguin, Cuba and now fights out of Las Vegas. A pro since 2019, Bruzon scored first or second-round stoppages in his first five bouts, before his most recent contest ended in a technical decision victory. Bruzon makes his U.S. debut on January 1, having most recently won that decision over German Garcia in April, a fight that saw him go eight rounds for the first time.

A 2016 Olympian from Camaguey, Cuba, Pero (5-0, 3 KOs) had an extensive and successful amateur career that spanned over 100 fights, including multiple victories over countryman Frank Sanchez, in addition to challenges against heavyweight champion Oleksandr Usyk, heavyweight prospect Filip Hrgovic and Olympic gold medalist Bakhodir Jalolov. The 29-year-old now fights out of Trelew, Chubut, Argentina, and will also be making his U.S. debut on January 1. Pero most recently knocked out Dumar Carrascal in the first round in June.