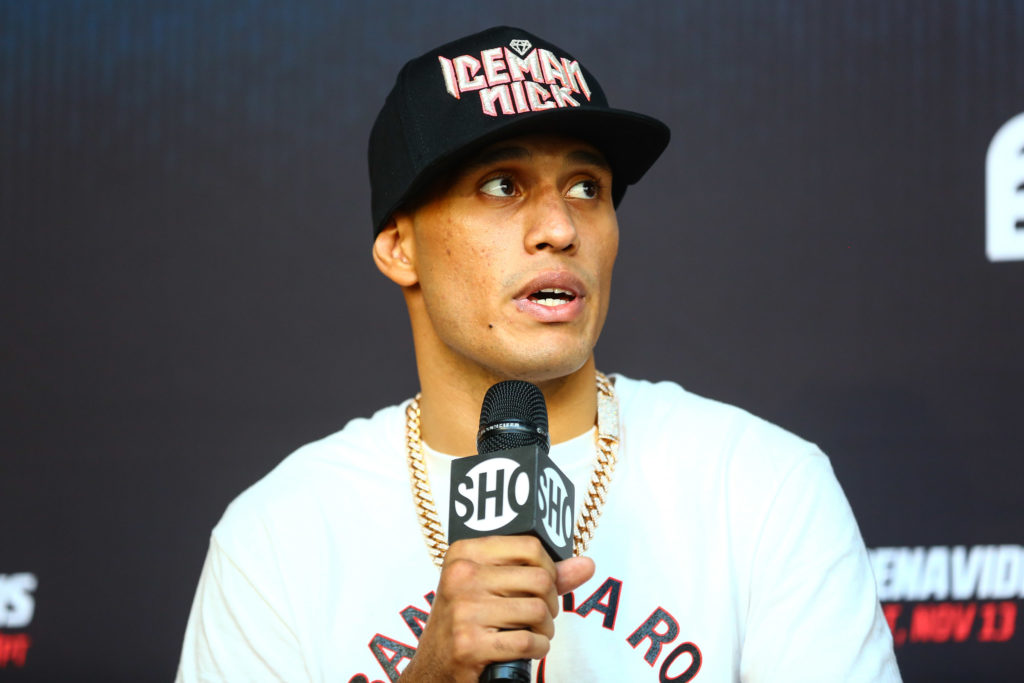 Super middleweight and former champion David Benavidez is looking to capture the WBC title he once had before. There is a straightforward thing in keeping him attaining that, and it’s the current undisputed champion, Canelo Alvarez.

Benavidez looked to be starting the next year off taking Canelo. Still, those plans were re-routed when Canelo announced he’d be fighting at cruiserweight and the prospects of current WBC champ Ilunga Makabu at that weight. The possibilities of Canelo moving up didn’t, of course, sit well with father and trainer Jose Benavidez, who decided to speak about it with YSM Sports Media over the weekend.

“They say David doesn’t bring anything to the table, so what does that tell you? They’re running, and they’re scared to fight David Benavidez. It’s a dangerous fight for them, and they don’t want to accept that challenge. They’re s—–  excuses. As I say, if they were so confident about beating David, why not get a payday and do that fight and earn a lot of money? It would sell a lot of tickets,” Benavidez Sr. told YSM Sports Media.

“It would be a great fight [between Canelo and David]. Nobody knows [Makabu]. Am I interested in seeing that fight? No. There are a lot of people who don’t want to see that fight. Why is [Canelo] fighting at cruiserweight and not fighting at 168? Do you think it’s better to fight [Makabu] than to fight David? We are number one, and he doesn’t want to fight. I don’t understand.”

Many feel at 168 pounds that there are still are a few names that many would like to see Canelo Alvarez matched up with, Benavidez being the consensus #1 for most. In the meantime, we’ll have a David Lemieux sighting as he has been named the next mandatory challenger for Benavidez, with the winner becoming the next mandatory for Canelo Alvarez should he stay at super middleweight.

“We will fight David Lemieux, and we are focused on what we are doing. I don’t care what Canelo does. Hopefully, he leaves all those belts [when he moves up], and we’ll go after them,” Benavidez Sr. stated.

We’re all still at the nips of Canelo’s next move, should he move up and face Makabu. It’s waiting and see time as the move will leave a lot of open belts to chase, as Benavidez noted, and open up the floodgates who new titleholders at 168.