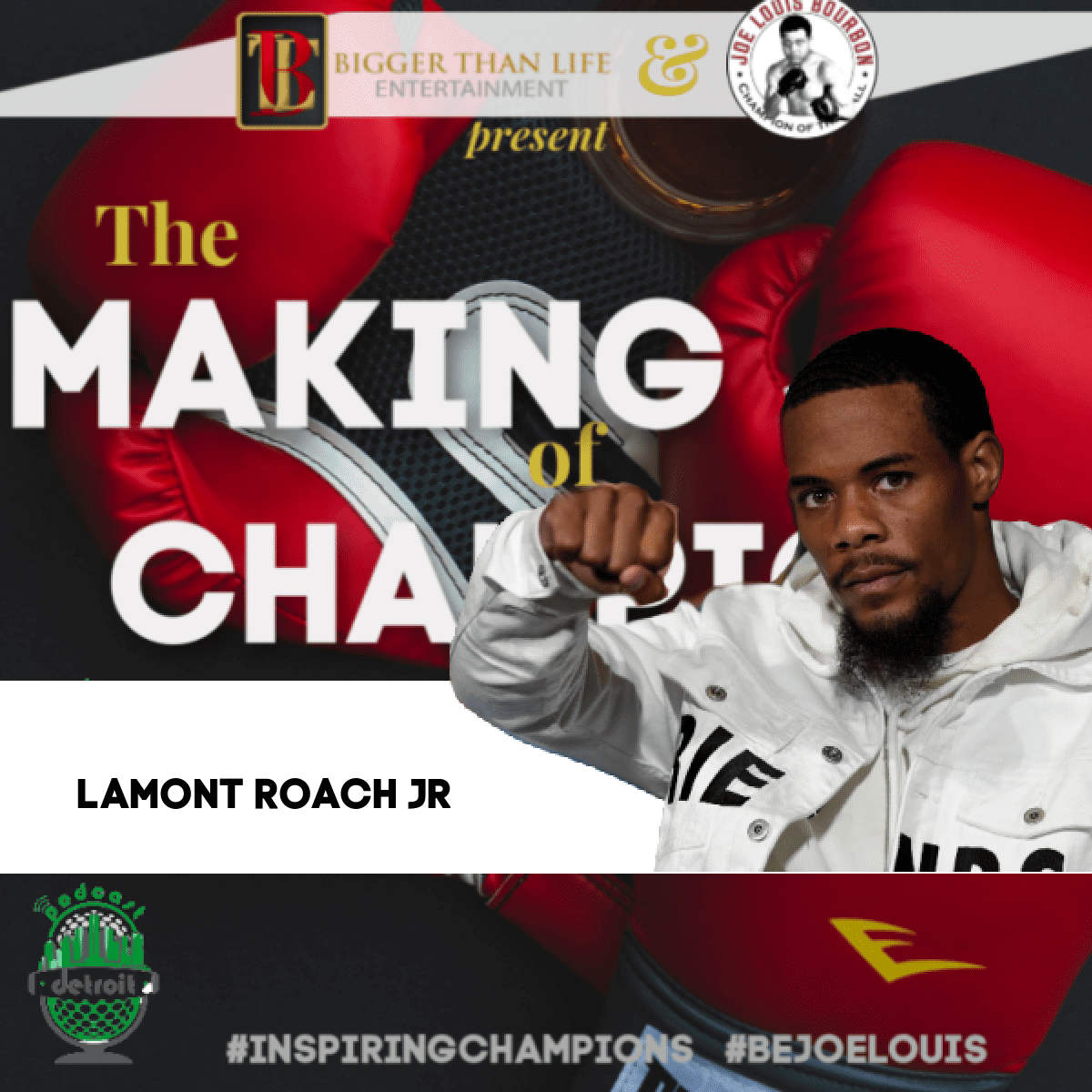 The “Making of Champions” is a podcast that airs every Thursday at 5 pm ET on the Joe Louis Bourbon Facebook Page with Tonya Cole and yours truly. This week’s guest on the program is super featherweight Lamont Roach Jr., who is back on action against Neil John Tabanao August 28 from the Fantasy Springs Resort Casino from Indo, California.

In this week’s episode, we cover a lot of ground with Roach, and one of the things I wanted to speak to him about was how he plans to get back into the title picture? Coming off his first professional loss to WBO champion Jamel Herring last year, his matchup with Tabanao starts that climb back into the title picture. And, he gave us a quick scouting report on the Filipino fighter.

“Tabanao has fought a lot of guys that I known,” Roach mentioned on The Making of Champions Podcast. “He fought Tramaine Williams. He fought (Angelo) Leo. He fought Issac Dogboe, and I’ve been sparring with him in the past year. I know he’s tough. He’s never been stopped, so I know he’s tough. It’s going to be a different story when he gets in there with me.”

Another topic is how does Roach thinks he stacks up with the rankings currently set for the WBO at 130 lbs.? You didn’t think Roach was going to accept coming in at No. 13 on that list, did you?

“I’m better than them fighters that are ahead of me, Roach stated about the WBO rankings landscape.

Feel free to listen below with our conversation with Lamont on his how he looks to bounce back from the Herring contest, the passing of his two cousins, and how I’m going to get him mom on an episode of “Boxing Moms”!

Afterward, head on to the Joe Louis Bourbon Webpage for a chance to win a “Night At the FIghts” experience!

The Making Of Champions:

#Proboxer #LamontRoachJr is weeks away from his DAZN Dazn_USA featured return to the ring, since coming up short in his bid for #JamelHerring's WBO junior lightweight title. His amateur accolades include five Ringside World Championships, a 2011 National #PALChampionship, two Junior National #GoldenGloves Championships, and 2013 National and National Golden Gloves titles, as well as a USA Boxing Outstanding Boxer award. He is an inspiration and a role model. And in this episode of #TheMakingofChampions, he makes the pitch for his Mom to be featured on the show #BoxingMoms and we'll see if #MarquisJohns of #BigFightWeekend can make some magic happen for him with Break Media and Raging Babe #MichelleRosado who produce the show.