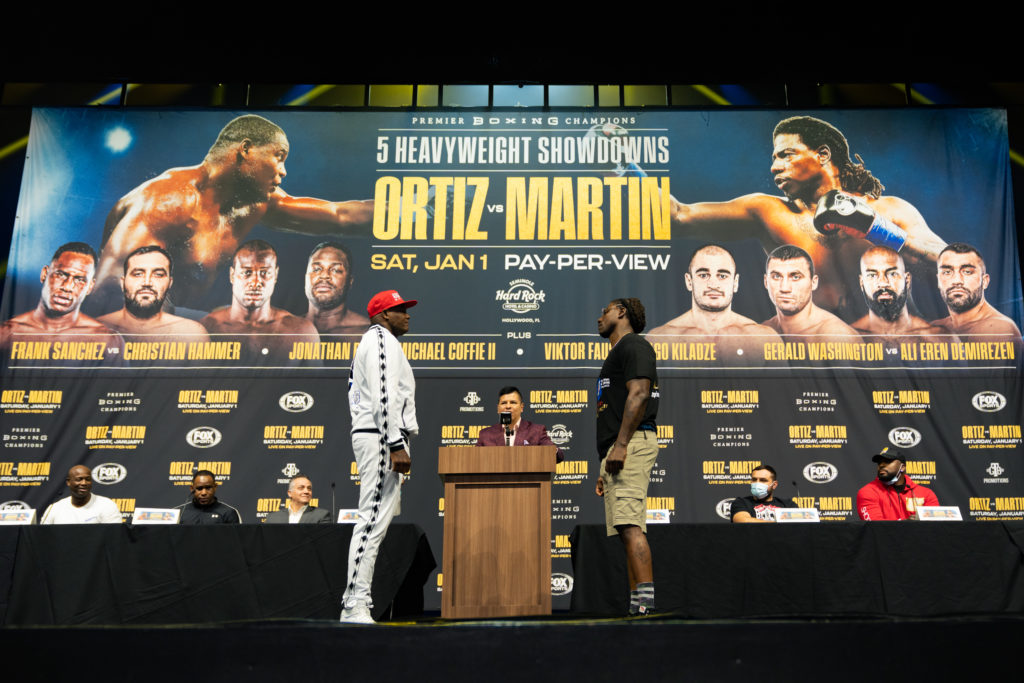 New Year’s Day night, we will kick off the 2022 boxing year with heavyweight action as Luis Ortiz and Charles Martin at the Seminole Hard Rock and Casino in Hollywood, Florida.

The stakes in this one are that it is an IBF Heavyweight Title Eliminator and would position these two on step closer to the belt currently with Oleksandr Usyk.

Check out the latest Big Fight Weekend Podcast as we preview this fight and look back the year in boxing with Abraham Gonzalez from NYFIGHTS.com.

Ortiz and Martin spoke Thursday, and the goal from both was to get another crack at becoming world champion. He wants that second run at the world champion in Martin’s case.

“I didn’t get a fair shake in my first run as champion. This is the revenge tour right now,” Martin said at the final presser Thursday.”Luis Ortiz is first on my list of these last four fights I want before I retire, including two against Anthony Joshua. I want to beat him down twice.

“You’re going to get a knockout in this fight. We’re not going to go 12 rounds. I know I’m going to knock him out.

“When somebody says they’re going to knock me out, it just makes me laugh and smile. Everybody says that. But you’re facing a fighter who has been through it before, so you can try your best,” Ortiz said.

“I’m glad that he’s saying that he’s going to knock me out. He’s coming with bad intentions, and so am I. Anyone can land the big shot, but it’s going to be me with my hand-raised Saturday night.

Most Sportsbooks (including this gang at BetUS) are thinking along with Ortiz to win as he is a near 2 to 1 favorite. Will in n interesting test for both that will have the winner back in the mix at heavyweight.