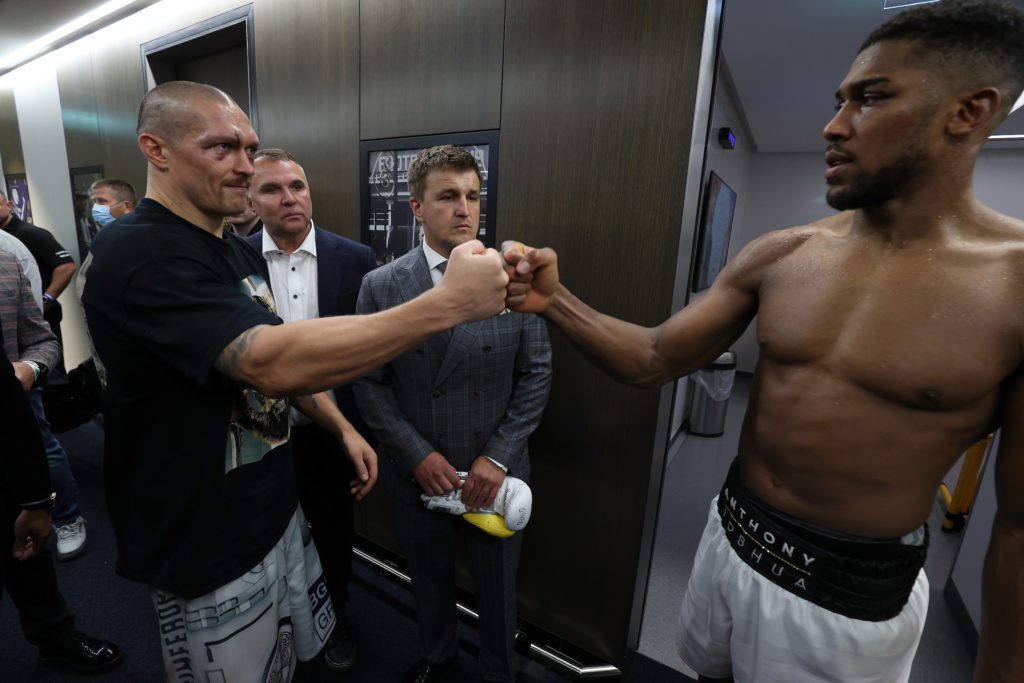 So When Is Joshua-Usyk Rematch?

We all saw what happened Saturday with Oleksandr Usyk upsetting Anthony Joshua to become the new unified champion at Heavyweight (WBA, WBO, IBF, and the IBO). The focus now begins on not if, but when Joshua asks for a chance to retrieve the titles that were once in his possession?

Speaking with the media after the win by Usyk, Matchroom Boxing promoter Eddie Hearn addressed the question.

“I don’t know – February, March,” Hearn said following the fight. “I mean, I’d like to do it in the UK again. But again, we’ll sit down with Alex Krassyuk and talk about [it]. You know, there’s already been a few people that are interested in staging the rematch.

I’d like to do it in the UK. I think, obviously, that would be a benefit to AJ. I thought the atmosphere tonight was unbelievable. But again, you know, we’ll sit down with Alex Krassyuk and Egis and see what makes most sense for both guys.”

Thanks to everyone for your support!
A perfect night to show my respect to @elonmusk and to make a special gift — my personal NFT token and the customized JAXET.
Elon, champ is calling #ELONgetyourJAXETfromUSYKhttps://t.co/1MHanz5dr8 pic.twitter.com/vHbfGtiUpO

Usyk (19-0, 13 KOs) is the former Undisputed Cruiserweight champ and has made a professional career of winning outside of his native Ukraine. And, if you think the grudge match is taking place there, Hearn reminds you that isn’t likely.

So the homecoming bout for Usyk will have to wait until after the second bout and successful retains. One of the plot lines going into the first fight was the judges’ role in the bout. Their part was getting the correct winner in Usyk, which they did with cards of 117-11,116-112 and 115-113, respectively.

Now, we’ll see it’s early 2022 for a possible rematch and where?