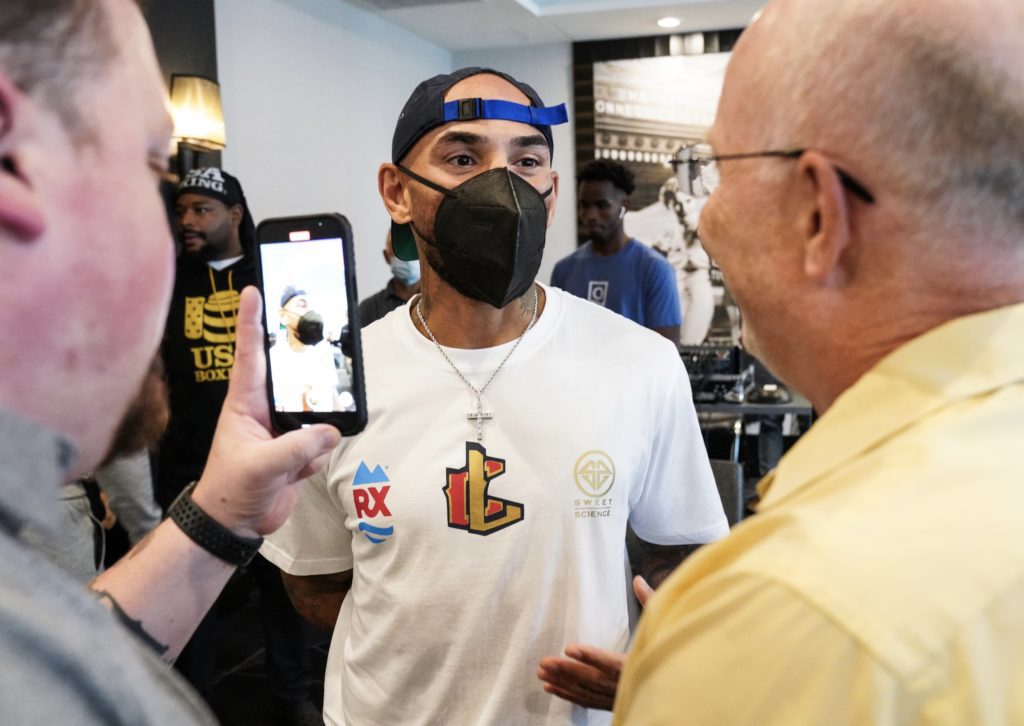 Luis Collazo is in the main event Saturday night against Eimantas Stanionis, and he made it known that it is his last contest in the ring.

Speaking at the final press conference Thursday, Collazo said after the bell at The Armory in Minneapolis will be the last time the former welterweight champion in his 21 year career in the ring as a pro .

I can’t wait for Saturday night. It’s been a long road, and I’m just eager to step back in the ring and do what I do best on fight night,” Collazo said before his final fight airing Saturday night on Fox at 8 p.m. ET.

This should be no shock to anyone, as he hinted this would be it on his own social media page last month.

So it's coming to a end for me, its been real. The boxing life has been like a love, hate relationship. Due to the politics of boxing i am thinking of retirement.

“This is going to be my last fight on Saturday night. The sport is overwhelming in many ways, and sometimes it’s hard to enjoy it. Even saying that I’m bringing everything I’ve got on Saturday. I’m going to leave my mark once again.”

Hear us preview the Collazo matchup and much more on the latest “Big Fight Weekend” podcast by clicking below:

Collazo (39-8,20 KOs) enters this fight as a 40-year-old who spent a storied career at welterweight. Taking on the likes of Amir Khan, Ricky Hatton, Keith Thurman, Andre Berto, and Shane Mosley. Collazo was game in all of these fights while he came up on the wrong end against all of these names mentioned. His style was fan-friendly and was good enough to be the main event back in 2015 when Premier Boxing Champions was on ESPN against Thurman.

“Right now, the only thing he has on me is age. Age doesn’t matter though when you fight and stay in the gym like I do,” Collazo noted. “That’s what I do for a living. I’ve been consistent, and there’s no excuses coming into this fight.

Saw Collazo last time out suffered a technical decision loss against Kudratillo Abdukakhorov back in October 2019. For that fight, he was the aggressor but was pretty much working with just a right arm until nasty cuts forced the stoppage in the tenth round. Despite that, had he been victorious, Collazo would’ve been back into title contention by defeating at the time the IBF No. 1 mandatory challenger (who is still waiting) in Abdukakhorov.

“You can’t compare one fighter to another, really. It doesn’t matter if they have similar styles. You have to prepare for each guy to the best of your abilities. Once that bell rings, everything can change real quick,” Collazo said.

We’ll see one last time how much Collazo has left for the favored Stanionis Saturday night in what should be a shootout for as long as it lasts.