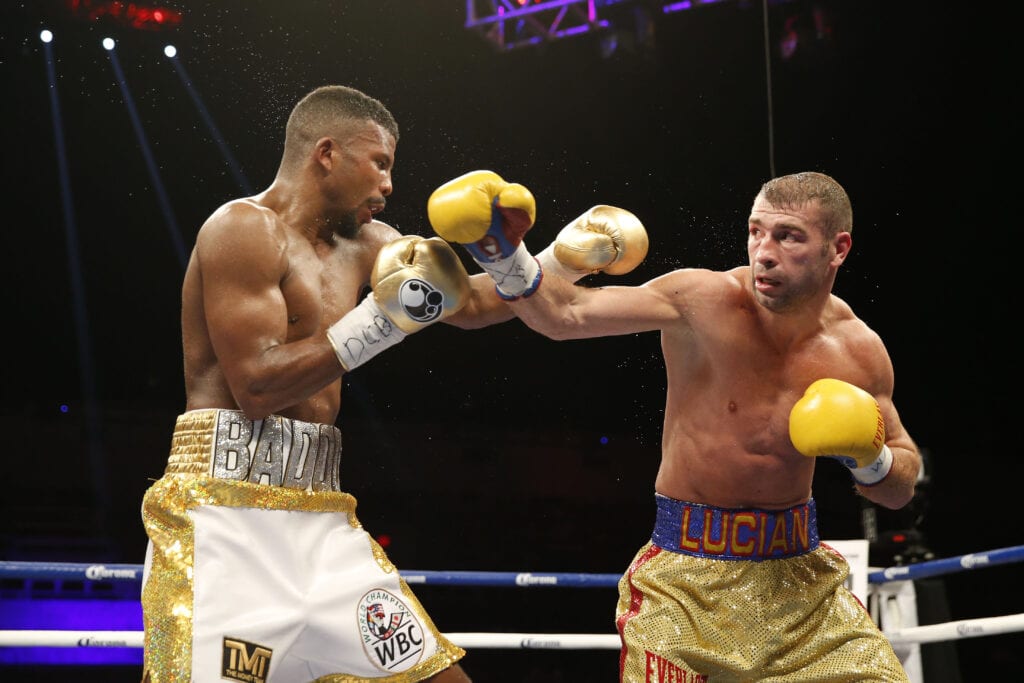 Former super middleweight world titleholder Lucian Bute, one of the most popular fighters in Canadian history, announced his retirement from boxing at a news conference on Wednesday at the Bell Centre, the same arena where Bute became a star in Montreal.

“It’s time to turn the page. Today, here, officially, I announce you that I retire. This is forever. If I say, ‘It’s over,’ it’s over for real,” Bute said.

He packed the Bell Centre with some of Canada’s biggest fight nights seen in the area. Bute, a southpaw who had good boxing skills and solid power, was the 168-pound world title holder from 2007 until 2012 and made nine successful defenses. He fought at the Bell Centre 21 times, including the moment when he knocked out Alejandro Berrio in the 11th round to claim the title.

Bute, the married father of two small children, had not boxed since February 2017, when he suffered a fifth-round knockout loss to Montreal rival Eleider “Storm” Alvarez, who went on to win a light heavyweight world title. Bute finished his career 2-5 in his last seven fights, including when he traveled to Carl Froch’s hometown of Nottingham, England, for a much-anticipated defense and lost by fifth-round knockout to begin his career-ending rut.

It was after his last loss to fellow Montreal boxer Eleider Alvarez in February of 2017 was when he said he began to seriously contemplate retirement.

“One week after my fight with Eleider Alvarez, my daughter Ema was born. I took the time to think,” said Bute at the conference, in tears as he made his announcement. “A few months later, I did not know what to do. I had doubts. Then I saw her grow up, and I said no, I have nothing more to prove. It’s better to stay healthy and take care of this little girl. Then my second (child) came and it was finished for me. I had no doubt. I knew I was not going to get into the ring one last time. It was useless to do another fight.”

thank you for the opportunitites @premierboxing #boxing at its BEST??????? https://t.co/UWGqe7CkCI

Those in attendance at the news conference were many of the people who had been important to Bute’s career: trainers Howard Grant and Stephan Larouche and promoters Jean Bedard and Yvon Michel.

Bute (32-5, 25 KOs) was among those mentioned during a period in Montreal during its golden age of super middleweight and light heavyweight divisions as the city paraded such top fighters as Bute and former light heavyweight belt holders Adonis Stevenson, Alvarez and Jean Pascal.

“Yes, we can say that it was the beginning of the end,” he said. “After this defeat, I was not like before. It was a hard defeat, which hurt me. It left me hesitant for my next fights. I worked with psychologists. I continued to work thinking that I still had in me to become world champion. I gave everything. I have no regrets. I went to the end.”