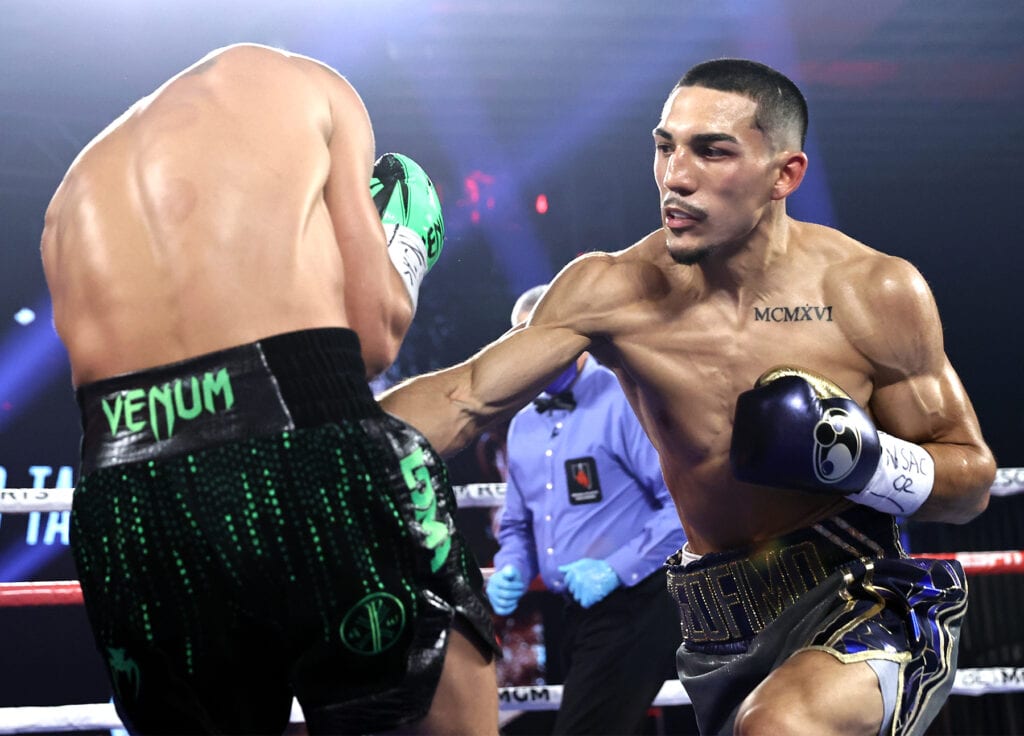 The Undisputed World Lightweight Championship was on the line to close out the Top Rank ” Bubble,” and one of the biggest fights of the year took place with Teofemo Lopez taking over the new crown defeating Vasiliy Lomachenko by unanimous decision.

With the win, Lopez (16-0, 12 KOs) is the titleholder of the WBC “franchise” belt, plus the WBA, WBO, and IBF Lightweight titles while Lomachenko. moves to 14-2.

The fight that aired on ESPN started with Lomachemko with a slow start as the opening rounds seemed to favor Lopez as he was the aggressor. Lomachenko, in that second round, was able to land some solid counter shots, just not enough to win the round realistically. The same story with the third round with Lopez handing a nice body shot inside, keeping Lomachenko firm trying to get inside.

You were waiting for Loma to step on the gas?

Round 8 just got everyone to the edge of their seats. ?#LomaLopez | LIVE NOW on ESPN pic.twitter.com/Esv1AERusU

Despite only landing few punches, Lopez showed effects on the left eye of the few shots Lomachenko was landing. That continued you alongside as Lopez was able to keep the pressure on Lomachenko, who just seemed not to be able to pull the trigger and throw punches.

The second half of the fight showed that Lomachenko picking up the pace starting in the seventh round as  he was landing some combinations to Lopez. The fight broke out in the eighth, with Loamchenko landing several combinations and letting his hands go for his best round.

The championship rounds saw Lomachemko not only landing more shots but them being clean in the process. The final round showed Lopez was able to land the closing moments of the fight. It looked like he had complete momentum to close out the show, but a clash of heads had to get checked out, but the fight went the full thirty-six minutes.

Lopez said after the fight he was going to Disneyworld and can take on anyone at 135 or 140 lb. We’ll see how that all shakes out but “The Takeover” begins with Lopez as champion in a great performance tonight.