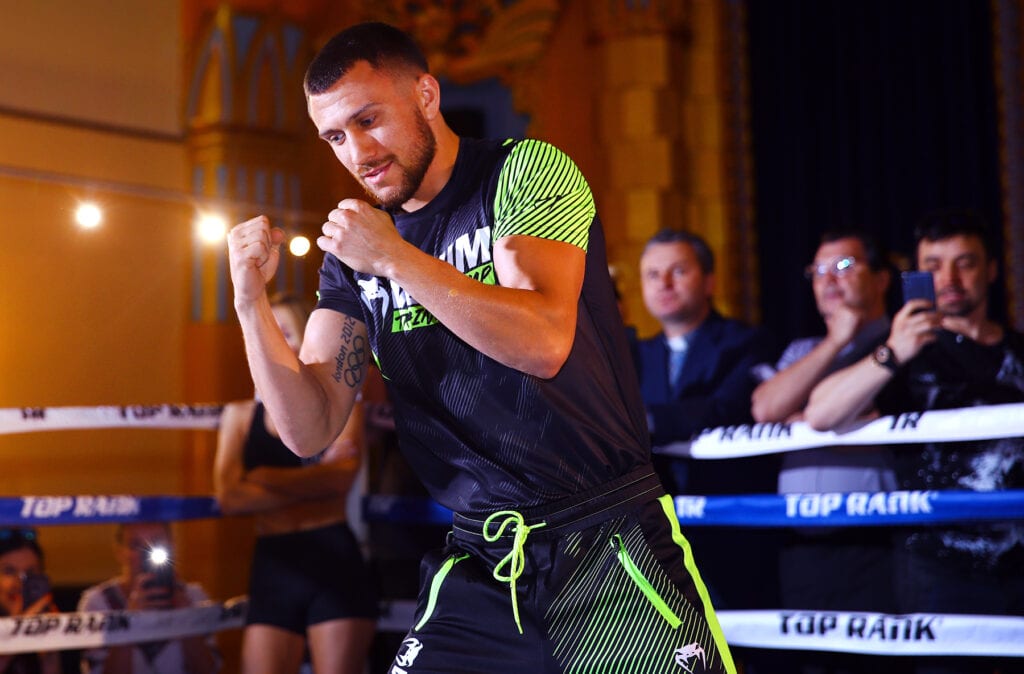 The monotony of boxing training sometimes needs to be broken up. And, for Unified Lightweight Champion of the World, Vasiliy Lomachenko, he decided to take things to the beach, recently

And Sky Sports caught up with the unbeaten superstar, while he was taking a break from his traditional training in Kiev, Russia and having some “recreational fun in the sun:”

?LIFE'S A BEACH! @VasylLomachenko is enjoying the sunshine and a bit of tennis ahead of his big fight against @luke11campbell ??#LomaCampbell pic.twitter.com/uOcj4dsRfb

Campbell is the former 2012 London Olympic gold medalist in the bantamweight division, is 20 – 2 with 16 KOs and is the number one ranked Lightweight Contender by the WBC.

Lomachenko already owns the WBA, the WBO and lineal lightweight champion designation, currently. The Campbell fight will be for the vacant WBC belt, also.

That’s when he defeated Colombian Jorge Linares by 10th round TKO at Madison Square Garden to capture the WBA belt. Lomachenko has since defended it twice, including against England’s Anthony Crolla, whom he dispatched in four rounds in April.

Back to the “beach workout.”

Lomachenko was shown playing doubles with tennis rackets, a volleyball net and an enlarged foam ball with his father, Anatoly. Clearly his father/trainer used the idea to vary things up and exercise in a different way.

Lomachenko was asked jokingly about who was the better player?

“He showed me this game. He trained me. In this game, I think he’s the best.”

Then, the unbeaten champ showed off his skills and mobility, as a potential singles player in this made up beach game.

Still, fun and beach exercise aside, we are much more interested in seeing if Campbell can pose any threat against to Lomachenko at the end of the month.