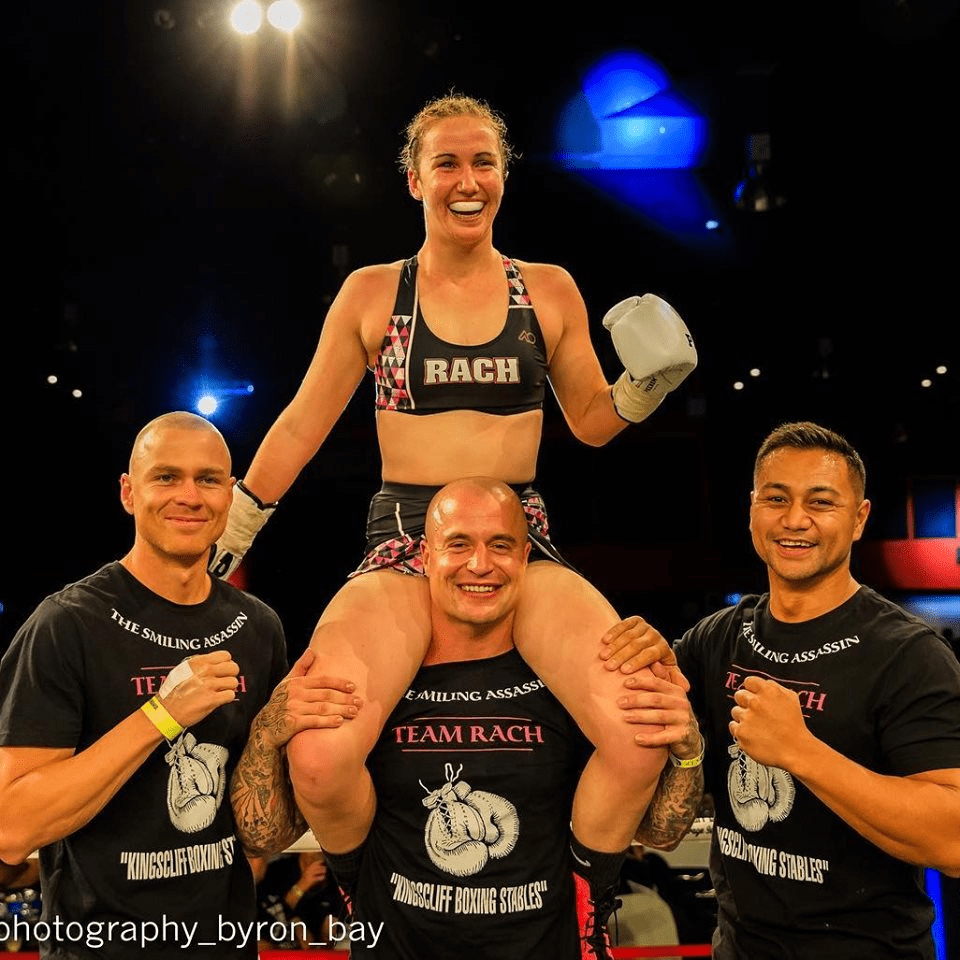 Rachel Loder (5-0, 3 KOs) is peering ahead to bigger obstacles as she remains undefeated after arising victorious in her latest step up which saw Loder win the Australasian lightweight title.

Training gear & a smile and we’re good to go 😊🥊

Loder gave her take on her last outing, “I was happy with the performance but I know I can always get better and alongside the whole team in Tweets Head which includes the Moloney twins and Billel Dib, I know I will continue to improve and I will show that in each and every fight.

Loder continued, “I feel that the fight was an exciting one and that is something that fight fans want to see and I am very grateful to those who come out to support me. Women’s boxing is on the rise because of good fights, and I want to follow in the footsteps of the likes of Katie Taylor and have memorable fights people won’t forget.”

The world of women’s boxing is moving to the forefront of talking points within world boxing as a whole with fighters like Katie Taylor amongst others being discussed on a daily basis. Loder discusses her ideals for moving forward within the lightweight ranks and the women’s paid code as a whole.

Loder stated, “Women’s boxing is going from strength to strength and it’s a beautiful thing to be a part of that. I believe I have a massive future as I’m still young and still improving at a rapid rate so I’m very excited about what the future holds.

“I’m very lucky to have won two titles in my first pro fight, but I know I have many more titles in me. I want to follow in the footsteps of the likes of Katie Taylor and become a world champion and I fully believe that the team I have can make that a possibility, it is down to me to make that happen and I will.”

PBC on Spence- ‘Did not sustain any broken bones’
ESPN+ this weekend to air Warrington, Barnes-Harris cards
Advertisement
To Top
We use cookies to ensure that we give you the best experience on our website. If you continue to use this site we will assume that you are happy with it.Ok