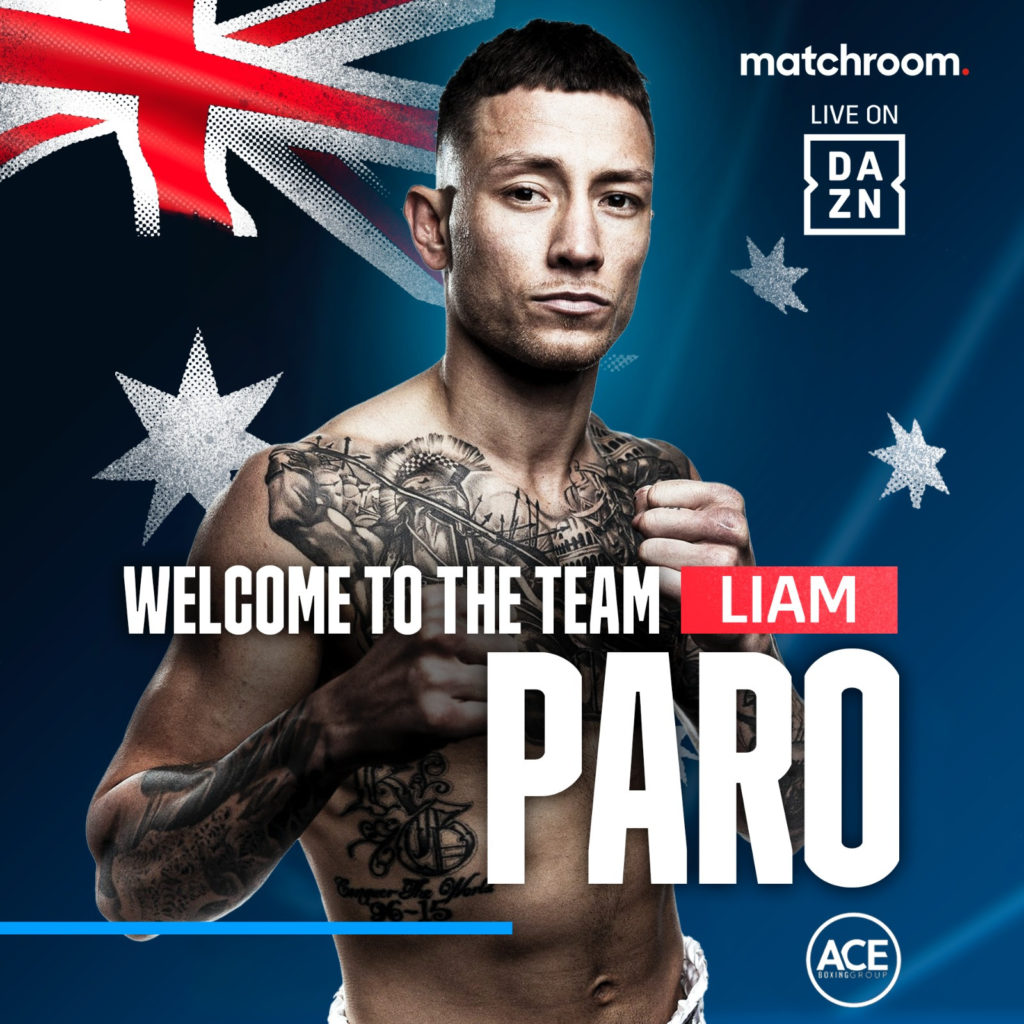 The 25-year-old from Queensland has won all 22 of his professional contests since turning over in March 2016 and currently sits at No.3 in the world with the WBO and IBF.

🤝 After two of his charges inked deals with @MatchroomBoxing, promoter Angelo Di Carlo has predicted a big year for Australian boxing in 2022. 🇦🇺

“I’m delighted to sign with Eddie Hearn and Matchroom Boxing in what is a major move for my career,” said Paro. “I’m excited to be a part of their expansion into Australia but their global platform also allows me to box in key markets such as the US and UK. With Matchroom and Ace Boxing Group behind me I know I have the right team to make big moves in the 140 pound division. I’m right on the verge of fighting for the World Title and I look forward to bringing more boxing glory back to Australia.”

“This is another big signing for us in the Australian market but also on the global stage,” said Matchroom Sport Chairman Eddie Hearn. “Liam is one of the best 140 pounders out there right now and at just 25 has already ranked up a perfect 22-0 record. He is already ranked as high as No.3 in the world by the WBO and IBF and with the divisions belts expected to free up this year is well placed to be another Australian World Champion. Liam will be boxing all over the world but will be also be a big part of our Australian shows in 2022.”