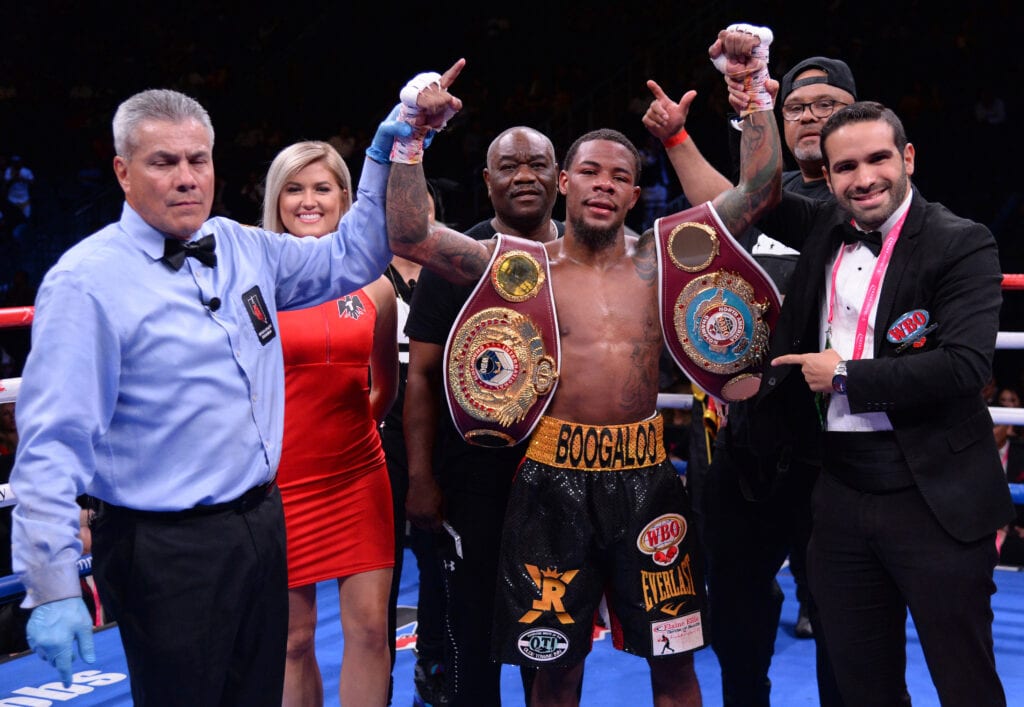 Lamont Roach Jr. is currently on track to take on WBO Jr. Lightweight champion Jamel Herring later on as the fall mandatory challenger.

Roach in an interview with Fighthype, mentioned that he is looking forward to training camp in preparation for the contest when it happens.

“It would mean everything to me to win this title,” Roach told Fighthype. I’ve been dreaming about this since I was a kid, since I’ve been boxing. I made sure that my number one goal is to become world champion.”

Roach mentioned in the interview that he is going to show a new wrinkle against Herring.

“I want to say everyone knows that has been watching my fights that I don’t have that devastating KO power, roach said. “You see why when I hit them guys why they move and I hurt them guys a lot in there (the ring). This fight we will see what I bring to the table. There is going to be a lot of stuff I bring up out of my bag of tricks.”

In terms of where this fight was going to take place, Roach stated in the interview that negotiations were still on regarding the location but it’s been last reported to either take place in Long Island, New York or San Diego, California.

If you were looking for some trash talk out of Roach on Herring, he wasn’t going to provide any this interview but said the following when asked to give a scouting report on his opponent.

“Jamel (Herring) he’s a cool guy. I actually know him. I’ve been knowing him since I was about 14 years old. That’s probably the first time I sparred when I was 14. I sparred with him a couple of years ago and you know, it was pretty good work. I know Jamel, he’s a tough opponent, well he’s a tough champion, a great champion. He got here the hard way, no gifts just like I did so it’s going to make for a great fight.

We’ll see what bag of tricks Roach has for Herring when the contest takes place sometime this fall.