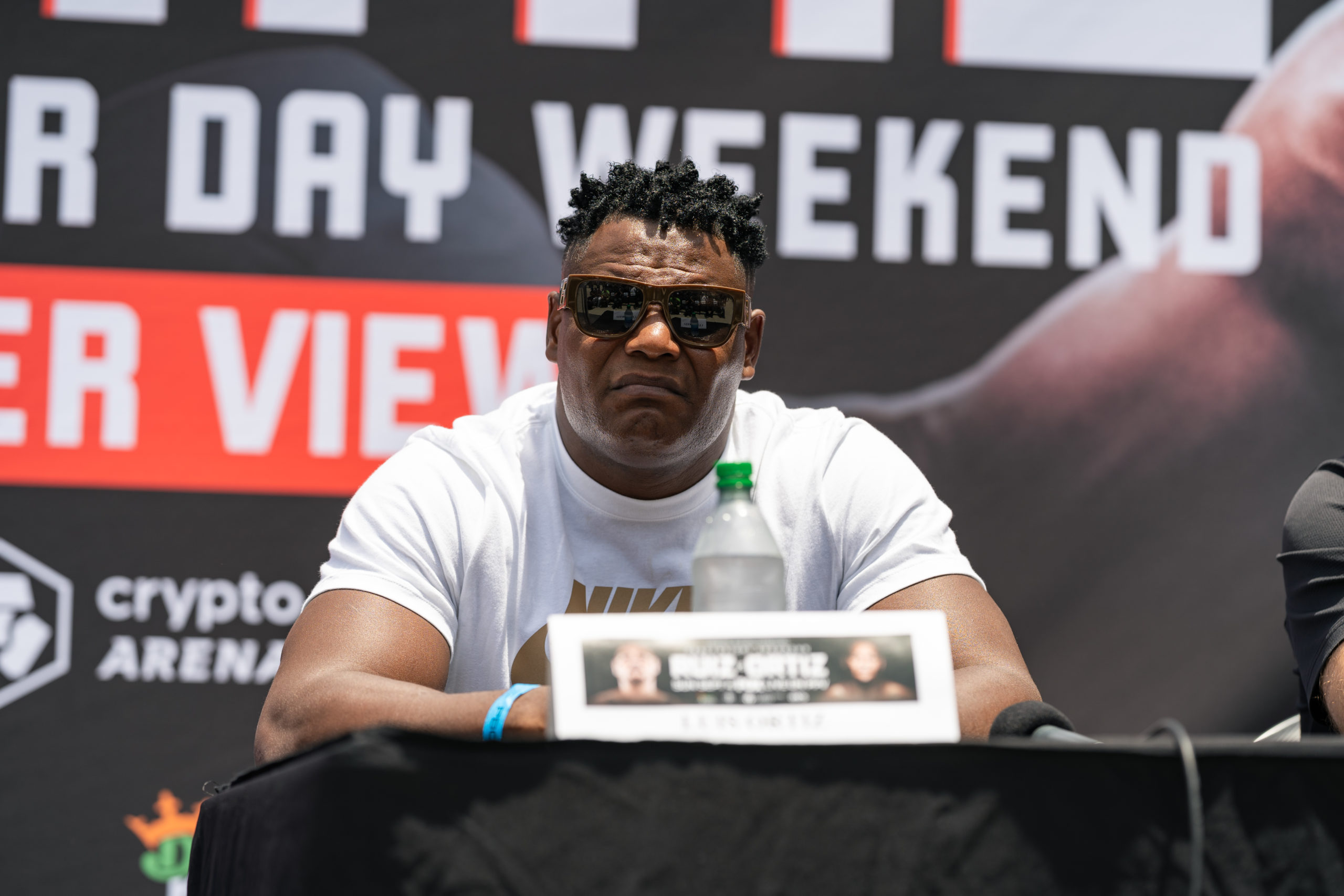 Wednesday afternoon in L.A., heavyweight contenders Andy Ruiz and Luis “King Kong” Ortiz met with the media heading towards their September 4th PPV showdown. And, the Cuban Heavyweight made clear that he believes that their scheduled 12 round battle will be over before the distance and probably, early.

Ortiz joined the former unified heavyweight champ Ruiz at the Crypto.com Arena, which will be the site of the Labor Day Sunday night clash. And, he was fairly matter of fact about the outcome,

“I’m very grateful to be back in this position and fighting at the top level. I’m thankful to Andy for taking this fight and I’m truly looking forward to it,” Ortiz said through an interpreter Wednesday.

“The fans are going to see two fighters who love to battle and love to punch and punch hard. This is a dream come true and we’re not going to disappoint the fans on September 4….This fight is going to end in a knockout. I’m sure Andy thinks the same thing. This one isn’t going to go 12 rounds.”

Ortiz (33-2, 28 KOs) who has been a fixture atop heavyweight rankings for years, is most prominently known for his two memorable contests against former longtime WBC heavyweight champion Deontay Wilder, but both ended in KO losses.

Ortiz does have victories in recent years over Travis Kauffman, Christian Hammer and Razvan Cojanu. And, most recently, Ortiz topped a FOX Sports/PBC Pay-Per-View back on New Year’s Day, recovering from early adversity to floor former heavyweight world champion Charles Martin on his way to a sixth-round knockout.

As for Ruiz (34-2, 22 KOs), he shocked the boxing world in June 2019, when he was brought in as a late replacement to face heavyweight world champion Anthony Joshua.  Ruiz turned the tables on the champion at Madison Square Garden, knocking him out in the seventh round and taking home the three titles. But, almost as quickly, the 32-year-old from Imperial, California lost his rematch with Joshua by unanimous decision in December of that year in Saudi Arabia.

He has since returned to the ring in May 2021, bouncing back from an early knockdown to defeat veteran contender Chris Arreola by unanimous decision in a FOX Sports/PBC Pay-Per-View. But, even though that seemed to get him back on track last year, Ruiz also suffered a knee injury that required minor surgery and set his timetable for a second fight post-Joshua back.

The two will headline the Fox Sports/PBC PPV from the Crypto.com Arena on Sunday night September 4th with a pair of lightweight contenders, Mexico’s Isaac “Pitbull” Cruz and veteran contender Eduardo Ramirez will be in the co-main event.