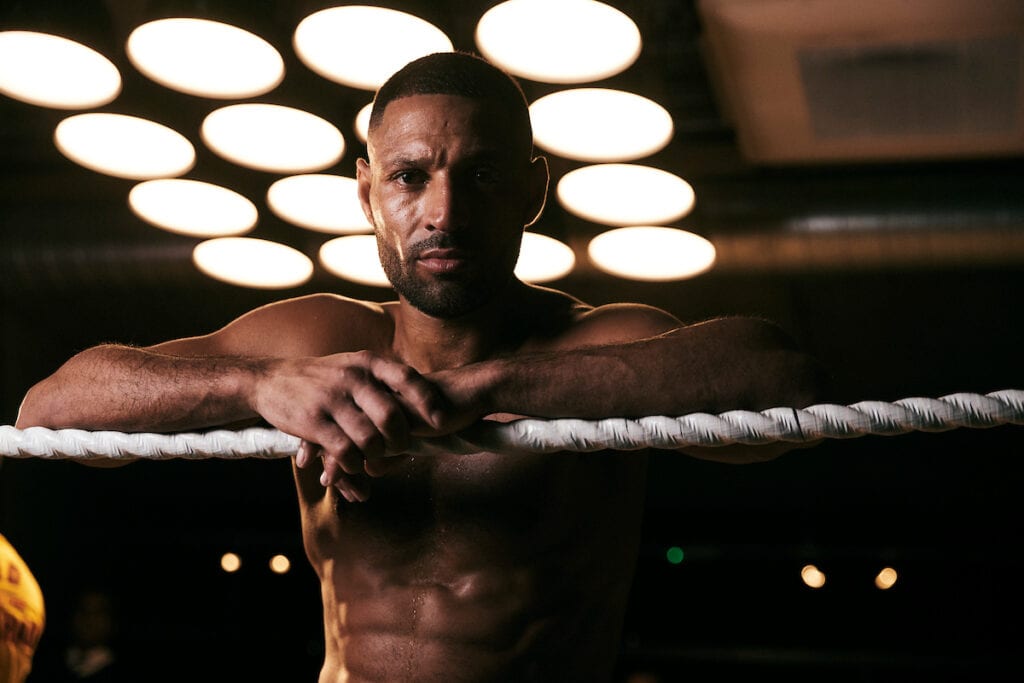 Kell Brook Announces Retirement- “It’s Over For Me”

On Saturday afternoon, former IBF world welterweight champ and one of Britain’s most popular fighters of the past decade plus, Kell Brook, announced his retirement at the age of 36.

In an exclusive interview with the London Telegraph, Brook made clear that his win over fellow, aging British world champ Amir Khan in February will be his last,

“It’s over for me. I’ll never box again,” the 36 year old Brook told the paper. “”It’s a little emotional to be actually saying this out loud. My mum is relieved. I think everyone around me is pleased.”

“Truth is, boxing is a very, very tough, dangerous sport, one in which you can be legally killed in the ring, and I’ve finished now with all my faculties intact.”

The Sheffield native Brook defeated Khan by sixth round stoppage in their long awaited battle back in February in Manchester, England. As we wrote that night, Brook had more left to offer in decisively beating the former two division, 35 year old Khan out-landing him 64-19 in power shots. The end came quickly with a barrage of punches trapping Khan on the ropes and forcing the stoppage less than a minute into the sixth.

The win improved Brook to 40-3 all time with 28 KOs. He had held the IBF 147 lb. world title from 2014-17 after defeating Shawn Porter in Carson, CA, in August 2014. He famously jumped two weight classes, while still welterweight champ, to middleweight in 2016 to challenge unified champ Gennady Golovkin. However, Triple G stopped him easily in five rounds. Back down at welterweight, Brook lost IBF belt in his next bout to Errol Spence in May of 2017, suffering a fractured eye orbital that caused the bout to be stopped.

He won three other fights before Brook challenged for a world title one last time in being stopped again, this time by WBO champ Terence Crawford.

Brook and Khan were highly motivated to battle each other, after previous attempts to have them fight had never come to fruition. And, there was true animosity between the two of them for years and in the build up to the February bout.

“I needed the Khan fight, I needed to settle the grudge, the feud,” Brook said. “There is no dark feeling left in me now, I think when you have been in the ring with someone it passes, it leaves you.

“Me and Amir said some words which were hateful in the build-up, but that’s what happens in boxing.

“I respect him after the fight. He showed real heart in there.”

As for whether he could still return? Brook told the Telegraph, he was “at peace” with his decision. And, he added, “I’d just like to be remembered as a fighter who would go in with anyone, feared no one, and who gave the fans what they wanted.”