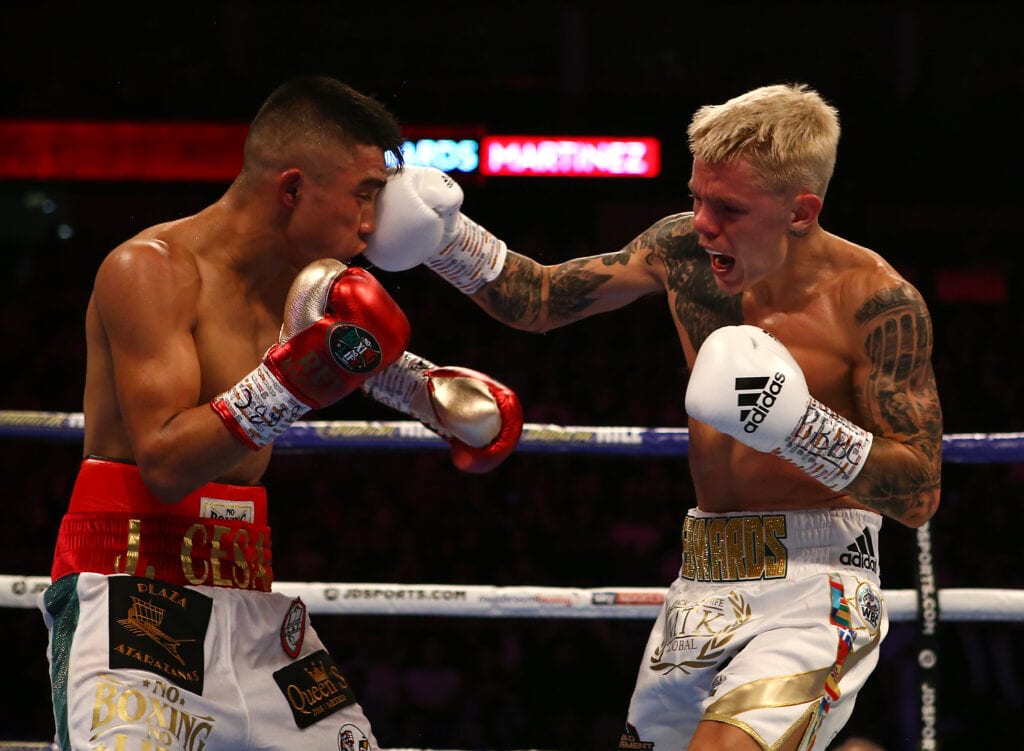 Martinez (14-1 11 KOs) is set to fight for the vacant WBC Flyweight title against Cristofer Rosales later in the year following his controversial clash with former champion Charlie Edwards.

Martinez traveled to London in August to face the WBC king, and Martinez floored Edwards with a ferocious barrage in the third round – but a body punch when Edwards had taken a knee led to the fight being changed from a third-round KO for the challenger to a no-contest and a rematch ordered.

The Mexican talent signs a multi-fight promotional deal with Matchroom USA and @CANELOTEAM, and challenges for vacant WBC Flyweight title later this year ?

Edwards has since vacated the belt having cited issues making the weight and will look to fight for World honors at Super-Flyweight, meaning that Martinez’s first fight with Hearn will be against the former WBC champion Rosales.

“I’m so happy to sign with Matchroom Boxing USA and I can’t wait to challenge for the World title later this year,” said Martinez. “I know with Eddie Hearn and Eddy Reynoso I have the perfect team to take me all the way to the top and become a huge star in the sport.”

“It is a pleasure to start this alliance with the best promoter in boxing,” said Eddy Reynoso, Sport and Talent director at Canelo Promotions. “We will work very hard and with great enthusiasm to launch Mexican talents to the big boxing leagues!”

“This is a great signing for Matchroom Boxing USA and I’m delighted to team up with Eddy Reynoso and Canelo Promotions to work with Julio Cesar Martinez,” said Hearn. “Julio is a dangerous young fighter who will be in many exciting fights over the years. I believe with his style he has the chance to become a huge star in Mexico and we look forward to the journey together – first things first, the WBC World title in December.”