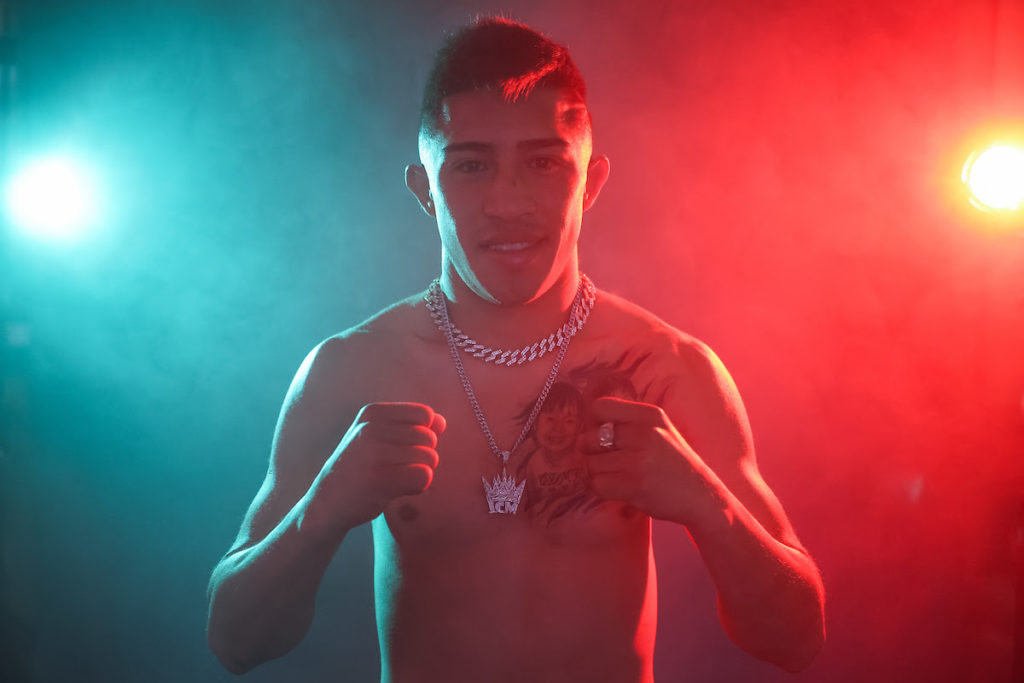 Julio Cesar Martinez says he would love to fight IBF champion Sunny Edwards – but admits that tomorrow night’s WBC World Flyweight title defense against McWilliams Arroyo is his toughest fight yet as they clash at the SNHU Arena in Manchester, New Hampshire, live worldwide on DAZN.

Martinez (18-1 14 KOs) puts his belt on the line for the fourth time in a hotly anticipated bout with Arroyo that’s been postponed twice. The Mexico vs. Puerto Rico battle could steal the show on a night with four huge World title fights, with interim champion Arroyo (21-4 16 KOs) bullish in his belief that he will rip the belt from ‘El Rey’.

The 26-year-old is confident that he’ll retain the belt though and predicts a war with the challenger, and is targeting his fellow belt holders next year as he looks to follow in his idol Canelo Alvarez’s footsteps and become undisputed before moving up.

A fight with Briton Edwards appeals the most to Martinez, with the Mexican having traveled to the UK to face his brother Charlie in August 2019, and the fight ending in a no-contest after Martinez landed a shot with Edwards on a knee having been floored by the all-action star. That’s a chapter that the champion would like to close, but he knows he has serious business to take care of first in the shape of Arroyo.

“I’m excited, I’m happy and I’m very motivated because as they say, there’s no date that doesn’t come and no commitment that doesn’t get completed, so I am very ready to face this challenge,” said Julio Cesar Martinez.

“We’re getting to know new territories and we’re excited to be able to come to new cities and meet new fans, and I hope that they are happy with my performance.

“I am in a great place physically and mentally, we’ve taken care of every single aspect in the preparation to come in 1000 percent ready, I am really anxious to get back in the ring. I know he is coming here to win, to take my belt, and we are prepared for that. I can win on points or by KO, it’s the win that’s the most important thing.

“The fight has fallen through twice and we know that, so it’s a fight that has been highly anticipated. We want to win this fight well and then look to face the other champions and unify the division, to show who is the king.

“We can brawl, or we can move around and box, so we will see who has the most sensitive chin on the night. He said that he’s going to bring everything he’s got, and I hope he does, because that will mean the fight will not go the distance – we come with everything but fear.

“We want all the belts, so Sunny Edwards, Artem Dalakian and Junto Nakatani – that’s the goal. But if it can’t happen in the next year, we would have to move up to Super-Flyweight where we can have fights with Juan Francisco Estrada, Chocolatito and Srisaket Sor Rungvisai.

“It would be an honor to fight Sunny, a great opportunity and to put behind what happened in the fight with his brother Charlie. He has a belt, and we want to unify, so gladly we’d go to England for the fight.”