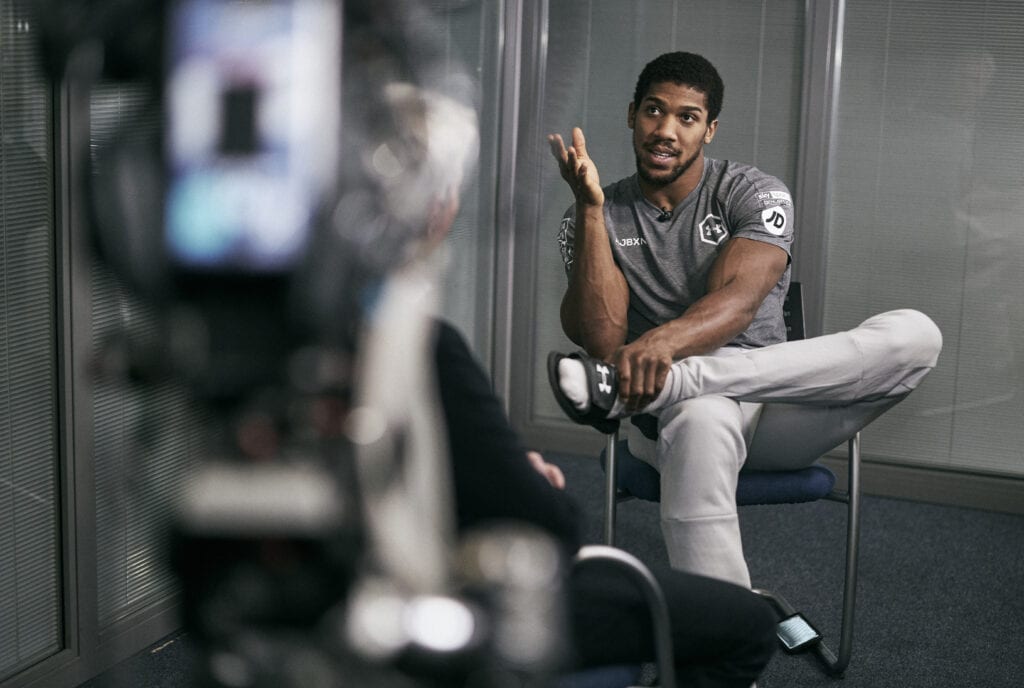 The heavyweight landscape will have all of boxing’s attention as the rematch between Anthony Joshua, and Andy Ruiz Jr. will take place this Saturday in Diryah, Saudi Arabia.

Joshua, this time around, is not only focused but has a different mindset for this one.

In an interview with The Telegraph, Joshua wanted to remind everyone that it’s only one loss and not the end of the line for him.

“What do people think this is? This is fighting. One loss doesn’t take the spots off a cheetah,” Joshua said to the Telegraph during his training camp. “I came into boxing to fight. I didn’t come to be a journeyman. I’ve been champion, I’ve been Olympic champion, I’ve been world silver medallist.”

Joshua feels like everyone is only judging him by his reign with the title belts that were taken away from him by Ruiz in an upset back in June at Madison Square Garden in New York City.

“The belts never defined me – I walked as the champion even before I had the belts, ” Joshua said. “Nothing has changed. I made it look easy, and people underestimated what I had achieved. We don’t play games when it comes to boxing, we’re serious and after I took the loss I’ve had time to reflect. I now have things to prove to myself. I want to take it more seriously because I’m going to that next level. And when I win, I will be like, ‘F*** everybody.’”

History has a way of repeating itself. We’ll see on Saturday night if Joshua can in the rematch.

Ruiz on Joshua- ‘The pressure is all on him’
New Saudi stadium ready to host Ruiz-Joshua
Advertisement
To Top
We use cookies to ensure that we give you the best experience on our website. If you continue to use this site we will assume that you are happy with it.Ok