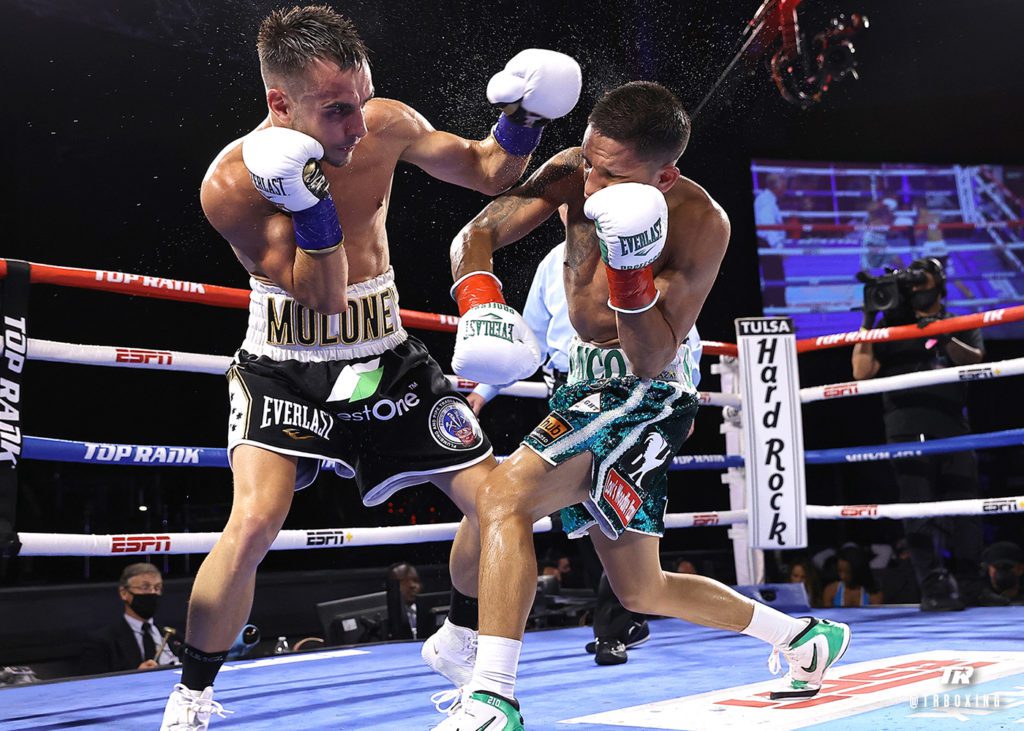 Joshua Franco and Andrew Moloney looked to close out their trilogy. Franco did in a similar fashion as the first fight, breaking down Moloney for the unanimous decision win to retain the WBA “regular” super flyweight title.

All three scorecards by the judges were in 116-112 in a class performance by Franco that aired on ESPN from the Hard Rock Hotel and Casino from Tulsa, Oklahoma.

The best part about this third fight was that the victory for Franco was pretty definitive and the use of instant replay, which didn’t take over a half-hour to resolve anything. From the opening bell, it was apparent that the game plan for Franco was the one that worked for him in the first fight. FIghting at mid-range, keeping Moloney off-balanced and unable to get anything going.

That strategy worked well in this fight until Moloney was able to land with his right to caught Franco off-balance moments early on in the fight. As the fight grew on, however, the output for Moloney was getting less and less.

A moment in the seventh round had orginally ruled a knockdown by referee Jack Reiss for Moloney on Franco was reversed by instant replay as Franco was falling, but it wasn’t from a punch. From this moment in the fight, Franco just continued to systematically wear down Moloney, out landing him as well as the fight grew on.

With the win for Franco, we’ll see if he hops onto the next trilogy series, as this seems to be a thing for the champion. Franco going into this fight, wanted to silence Moloney and did just that with this performance.