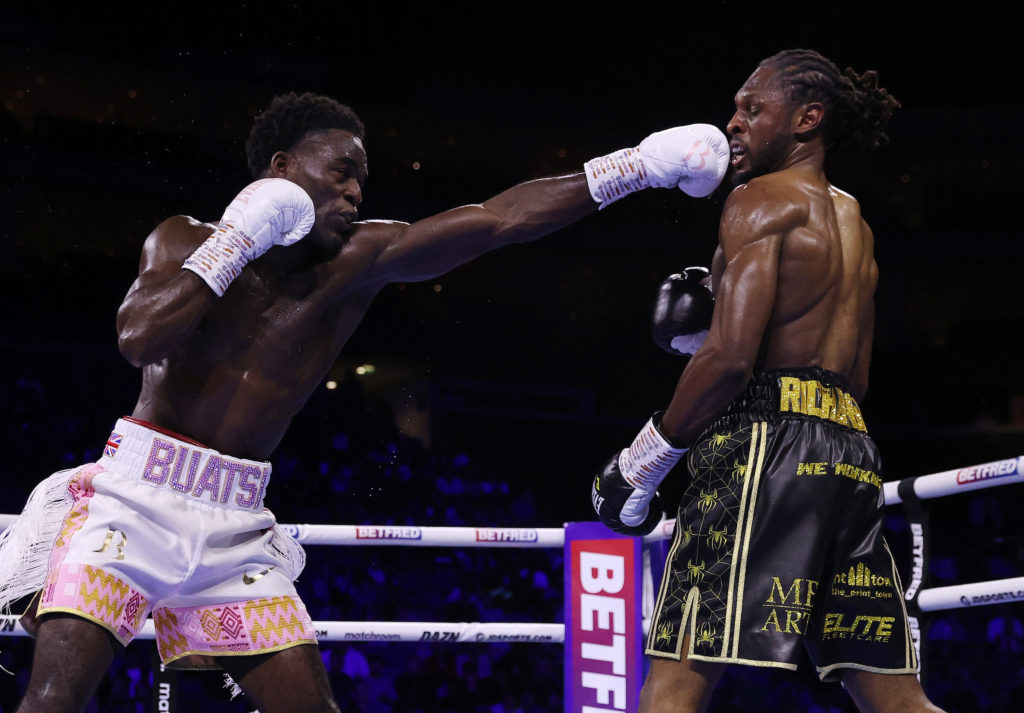 It wasn’t a KO, but a a decisive decision for British, unbeaten light heavyweight Joshua Buatsi will do, as he knocked off fellow England vet Craig Richards Saturday night at the O2 Arena in London.

The bout, which was the Matchroom Boxing main event, saw Buatsi win unanimously by scores of 115-113 on two cards and 116-112 on the third,

Buatsi improved to 16-0, 13 KOs, by being the busier and more effective fighter. He scored early, particularly with lead right hands building an early lead. Richards, who previously lost a distance bout to WBA World champ Dmitry Bivol, was the taller fighter, but was never able to take advantage of his height and reach advantage due to Buatsi’s constant pressure.

Buatsi outlanded Richards 230-155 in total punches according to Compubox. That included a 90-49 decisive edge in jabs that were scored.

Neither fighter was down in the bout, but Richards did get Buatsi in some trouble in the 8th round. This after Buatsi had scored early on Richards. Then, Richards came back to land a couple of solid uppercuts that backed Richards into a corner in the final :15 of the round. He landed a hard right cross that stopped Buatsi in his tracks just before the bell that ended his best sequence of the fight.

To his credit, Buatsi, who had scored 10 straight KOs or stoppages coming into Saturday night, rallied in the final three rounds and was the better fighter scoring with right-left combos on several occasions.

“This guy gave me 12 hard rounds, maximum respect to him,” Buatsi said to DAZN post-fight. “We want the world title next…. We’ve made it very clear.”

That will not be happening in the short term. As for Bivol, he will probably be waiting to fight Canelo Alvarez in a rematch of his upset decision win two weeks ago in Las Vegas. Alvarez, who has a rematch clause, could fight the Russian in September or October or could follow through with  plans to battle Gennady Golovkin in their trilogy fight, instead.

If Bivol doesn’t fight Canelo again in the Fall, he would likely battle the WBA’s top contender, unbeaten Zurdo Ramirez of California, who was victorious last weekend in a WBA eliminator contender fight for Golden Boy Promotions.