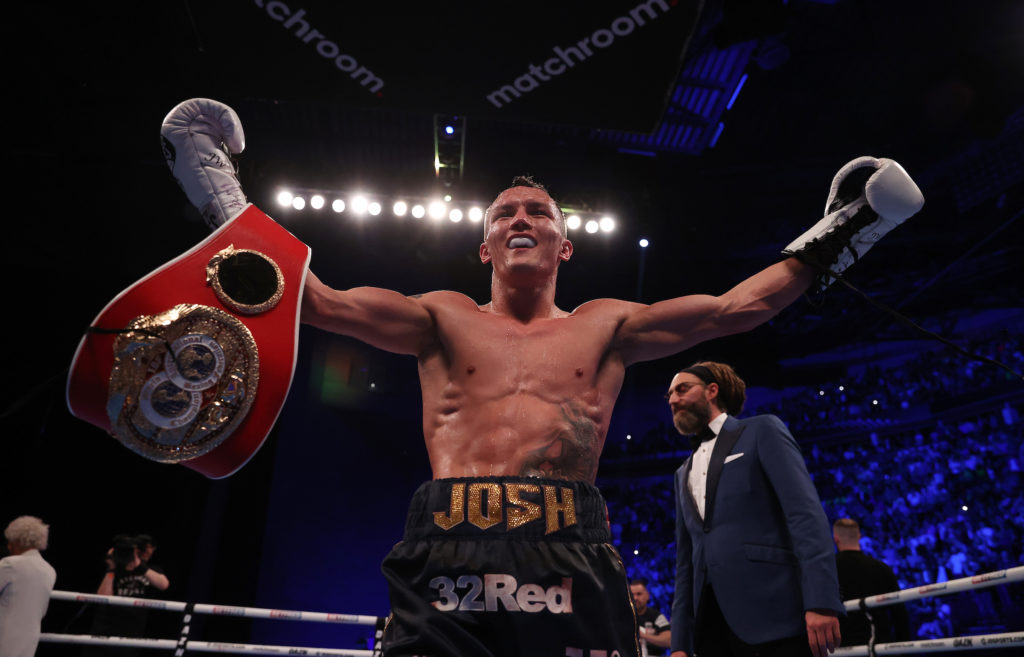 It was a rough and wild Saturday night, as England’s Josh Warrington regained his IBF Featherweight title by TKO over veteran Kiko Martinez. But, the new champ’s victory didn’t come without a price physically for him. This, as Warrington suffered a broken jaw requiring surgery in the seven round bout.

Warrington confirmed Sunday afternoon on Instagram from his Leeds, England, hospital room that he had undergone surgery to repair his left jaw and will take several weeks to heal,

“I had planned on eating a cheeseburger and bread & butter pudding on Sunday after the fight.
Not happening for a few weeks now with me broken Jaw🤦🏻‍♂️,” Warrington wrote.

Only a jaw though, that wasn’t going to stop me winning last night! My operation was a success this morning and I’m overwhelmed with the support last night. You really are the best fans in the world.

HOW BAD DO YOU WANT IT?

Also like to thank the staff at LGI and Dr Dalghous of the Yorkshire Dental Suite for all their help and service.
Fantastic in all stages of treatment last night and today, proper hero’s!”

As we wrote Saturday night. Warrington was seeking to regain the title he had lost by KO to Maurico Lara of Mexico in a shocking defeat last February. And, he did so in a tremendous performance against the veteran Spaniard Martinez.

Fighting in front of roaring capacity crowd at the First Direct Arena, Warrington scored a first-round knockdown of the Spaniard Martinez and was the more aggressive, harder punching fighter as the bout wore on.

The 31 year old continued pounding away, as not going to be denied on this night, while out-landing the champion Martinez nearly three to one. Warrington, now 31-1-1, 8 KOs, opened up a nasty gash with his head on the inside of Martinez’s left eye socket right by his nose. That bled profusely from then on, throughout the remainder of the bout and was definitely a factor. Interestingly, Warrington wasn’t so much as warned for the clash of heads.

Still, the dangerous champion Martinez was occasionally able to land hard right hands on Warrington. That’s the same punch that won him the title when Martinez had kayoed Kid Galahad last November to become the IBF 126 lb. titleholder.

But, Warrington was undaunted and continued to get the better of the action on the inside with huge combinations throughout the fight.

The end came in the seventh round when Warrington staggered Martinez back along the ropes and landed more than 10 unanswered punches before referee Marcus McDonnell stopped the fight at the 2:12 mark. Warrington leaped into the air and then, went head over heels in a somersault in the thrill of victory.

But, the victory is now tempered somewhat by the broken jaw and we’ll wait for updates on when, Warrington could return later in 2022.