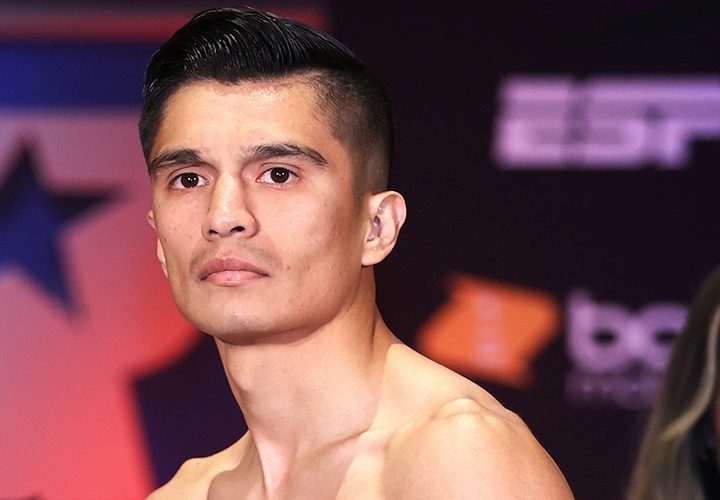 Featherweight title challenger Joet Gonzalez signed a multi-year promotional contract with Top Rank on Monday and will return in a 10-round bout against Filipino former world title challenger Jeo Santisima on Saturday, Feb. 5 at Save Mart Center in Fresno, California.

Promoted by Top Rank, tickets starting at $36 are on sale now and can be purchased at Ticketmaster.com.

“Joet Gonzalez is a fighter of tremendous character and one of the best featherweights in the world. When he became available, it was a no-brainer,” said Top Rank chairman Bob Arum.

“My last three fights have been on Top Rank cards, and they’ve always treated me with respect. I can’t wait for my official debut under the Top Rank banner,” Gonzalez said. “Jeo is a tough Filipino warrior, and this is a great opportunity to prove I belong in the featherweight title conversation. I want another title shot, and it all starts with an impressive showing in Fresno.”

Gonzalez (24-2, 14 KOs), from Glendora, California, is ranked in the top 10 at featherweight by two sanctioning organizations. He received his first world title shot in October 2019, dropping a unanimous decision to Shakur Stevenson for the vacant WBO featherweight title. Nearly two years later, he challenged Emanuel Navarrete for the same belt, and the two combined for a Fight of the Year contender. While Gonzalez lost a unanimous decision, he proved his mettle as one of the division’s most formidable contenders. He bested Miguel Marriaga over 10 rounds on a Top Rank on ESPN card in between the Stevenson and Navarrete fights.

Santisima (21-3, 18 KOs), from Aroroy, Philippines, lost two of his first four pro bouts before a 17-fight winning streak earned him a shot at Navarrete in February 2020 for the WBO junior featherweight world title. In a high-profile setting on the Tyson Fury-Deontay Wilder II undercard, Santisima acquitted himself well, ultimately falling via 11th-round TKO. He has won two straight by knockout in his home country since the Navarrete defeat.