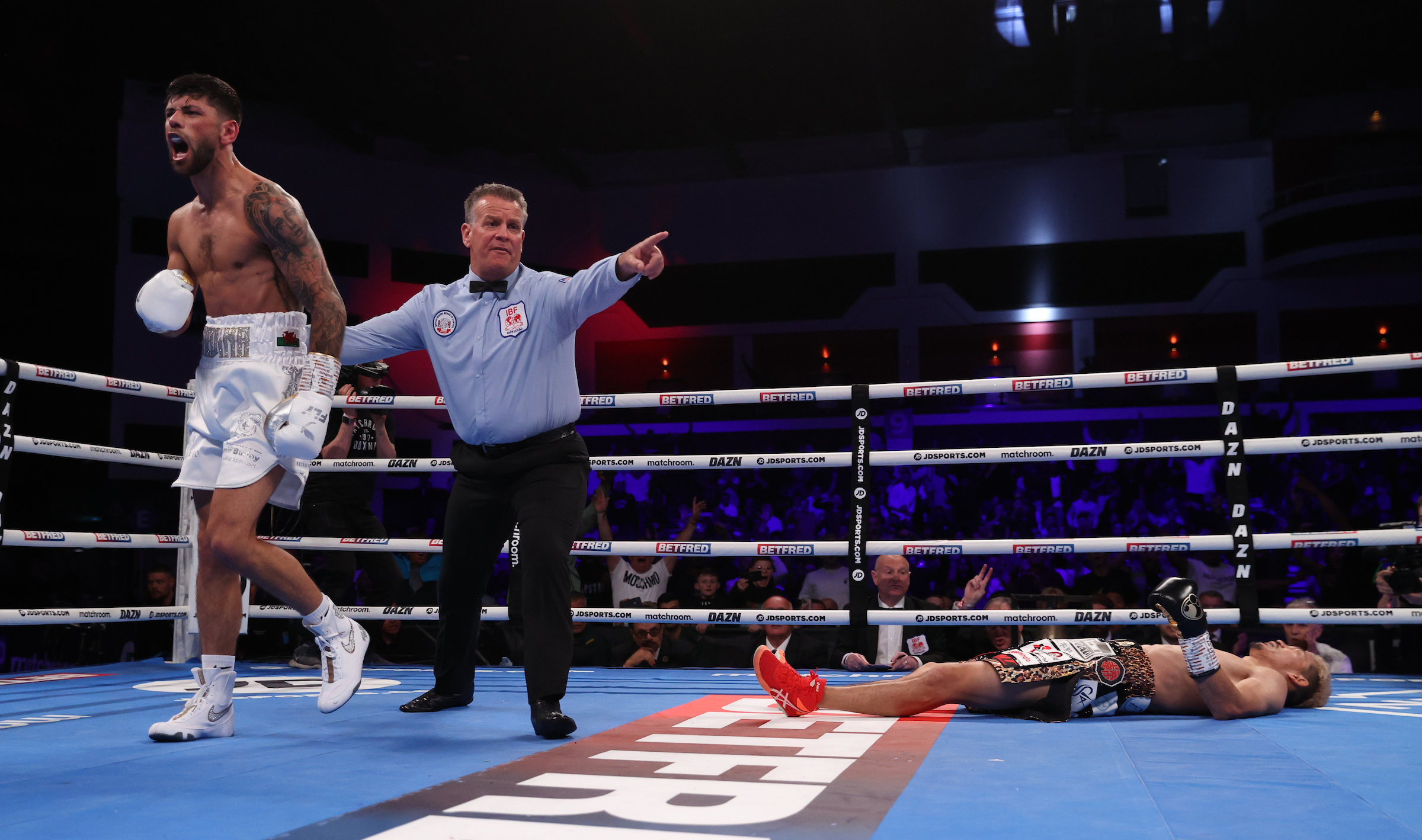 Joe Cordina has been working towards a world championship ever since his amateur days and Saturday night with one thunderous punch he accomplished that goal scoring a second round KO of Kenichi Ogawa to win the IBF super featherweight championship.

The bout headlined the Matchroom Boxing show in Cordina’s hometown of Cardiff Wales. And, as you can imagine they roared with approval, when the knockout blow was struck by their hero early on in the second round,

The 30 year-old Cordina actually came in as the favorite in the bout, as Ogawa was making the first defense of his IBF 130 lb. championship. And, it didn’t take long for him to set up the overhand right that ended the fight dropping the Japanese champion on his back. Referee Michael Alexander continued to count after sending Cortina to a neutral corner but stopped the fight when he saw that a semi-conscious Ogawa could not get to his feet.

We “call it the ‘Roberto Duran.’ We have been working on it all camp,” Cordina said of the kayo punch in the ring to DAZN post-fight. “It’s an amazing feeling when you put hours and hours and hours of work into a combination or a punch, and then you put it into a fight and it comes off and lights out.”

Cordina, now 15-0, 9 KOs, had put himself in position for the title shot with a 10-round decision over Miko Khatchatryan last December in Liverpool.

Ogawa, now 26-2-1, had won the vacant IBF world championship last November at Madison Square Gardens Hulu theater when he decisioned Azinga Fuzile in an impressive showing. Saturday was the Japanese fighter;s first loss since August of 2012.

Now, Cortina wants to get into the conversation with other junior lightweight champions, including Shakur Stevenson who now owns the WBO and WBC belts after his win over Oscar Valdez in late April. Roger Gutierrez has the WBA version of the championship.