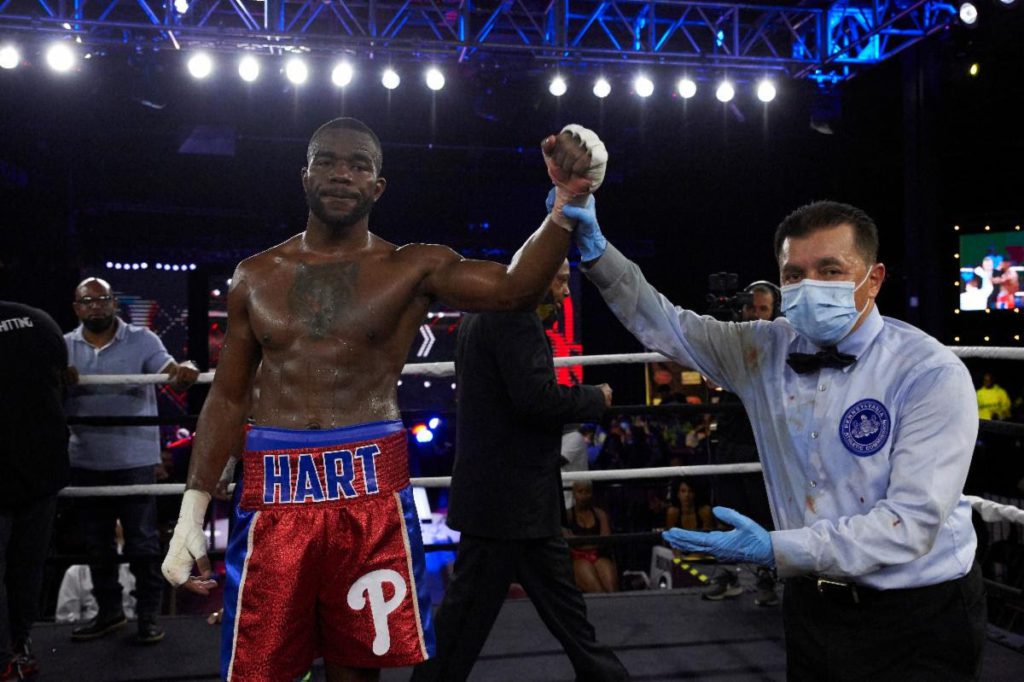 Jesse Hart Back In Action In Philly

Two-time world title challenger Jesse Hart will be back in action on Saturday, December 11th at the 2300 Arena when he takes on David Murray in the eight-round super middleweight main event in the latest card promoted by RDR Promotions.

Hart of Philadelphia has a record of 27-3 with 21 knockouts. The 32-year-old has twice battled for the super middleweight championship of the world only to fall just short to Gilberto Ramirez in fights that were decided by just a couple of points.

Murray of Wilmington, Delaware, has a record of 10-2-1 with six knockouts.

Murray is an eight-year professional, and is riding a three-fight winning streak with his latest win being a six-round unanimous decision over Austin Marcum on February 29, 2020 in Hockessin, Delaware.

Romuel Cruz (6-0-1, 2 KOs) of Philadelphia takes on an opponent to be named in a super bantamweight fight.

Nelson Perez (5-0, 2 KOs) of Marlboro, Massachusetts fights an opponent to be named in a lightweight contest.

featherweight Felix Parrilla (2-0, 2 KOs) of New Haven, Connecticut will take on an opponent to be named.