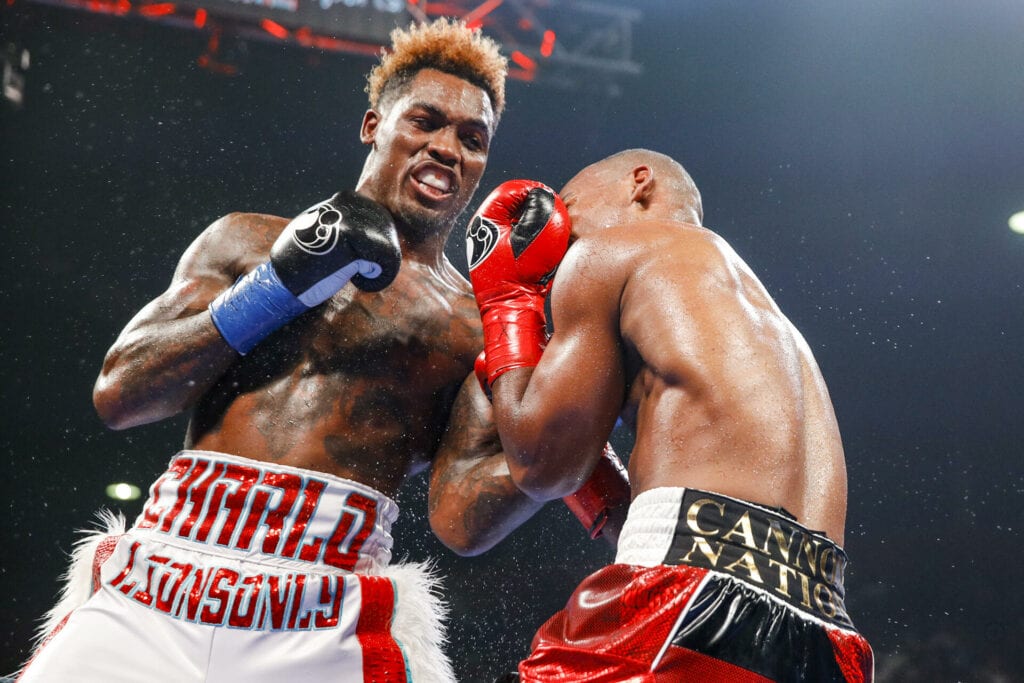 Unbeaten WBC Middleweight champ Jermall Charlo bonded out of a Fort Bend County, TX, jail Monday afternoon on charges of felony assault on a family/household member. And, he’s now got a March court date, as a follow up.

The Fort Bend County Courthouse updated the details in the case in their filing Monday afternoon, including that Charlo had failed to appear on the charges earlier in January before eventually being located and arrested in his home back on Friday.

It had also been recommended that when Charlo was taken into custody that he have to have a tracking ankle bracelet upon release. However, the court document shows that the prosecutors decided to waive that condition for the 31 year old Monday and release him without it.

As we wrote Friday, Charlo was taken into custody in at his home, despite the incident having taken place last Fall. And according to TMZ, “Charlo’s arrest stems from an alleged September 21, 2021 incident in which he’s accused of “punching or grabbing” a man.

Thus, the felony charge for the 32-0 Charlo, who has defended his WBC 160 lb. title four times.

These charges continue recent out of ring troubles for Charlo.

Last Summer, Charlo got into a dispute at a sports restaurant on the night before his twin brother Jermell fought Brian Castano for the Undisputed Jr. Middleweight title in San Antonio. That dispute was over whether or not his credit card had been declined and whether he had grabbed the waitress in an altercation to take his card back or not? He was facing felony robbery charges in connection with the incident.

Charlo, through his attorney Kent Schaffer, denied the robbery charges and the attorney maintained from the outset that there were witnesses with Charlo that disputed the restaurant’s account. And, most importantly, there was video backing up Charlo’s version of what happened.

Now, there are new ones in this case. And, it could end hopes that Jermall Charlo would face Undisputed Super Middleweight champ Canelo Alvarez.

Alvarez wants to defend his championships on “Cinco de Mayo” weekend in May in Las Vegas. And, Big Fight Weekend has a source that says its been the front runner for the future Hall of Famers next bout.

However, Alvarez apparently also has a deal on the table to fight Russian WBA Light Heavyweight titleist Dmitry Bivol, as part of a two fight deal with Matchroom Boxing. And, that fight could easily replace the proposed Charlo fight on the same date in Vegas.

Charlo and his lawyer Schaffer (who’s listed still as his lawyer on the latest document) have made no public statements, as of Monday night on his arrest and bonding out of jail.

The Fort Bend County Court document shows Judge Lisa Gonzalez has been assigned the case and the next hearing is March 28th at 1 p.m.