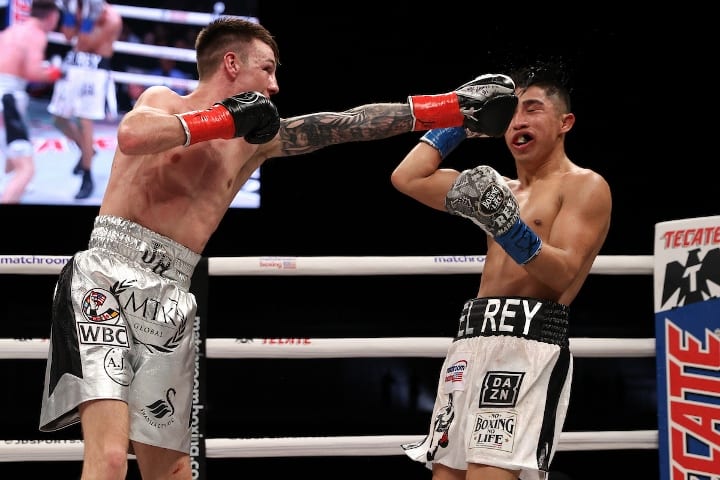 Harris-Sandoval and Butler-Garcia will headline a scheduled five-fight stream live and exclusively on ESPN+ starting at 2 p.m. ET/11 a.m. PT.

Tune in Friday night for a cracking show,

Harris (18-1, 9 KOs) was one half of one of 2020’s best fights when he dropped a unanimous decision to Julio Cesar Martinez for the WBC flyweight world title. He returned in fine form last October, topping Marcel Braithwaite via unanimous decision to move up the rankings and into this title eliminator. Sandoval (18-1, 13 KOs), from Montclair, California, has won 14 consecutive bouts, including five straight by stoppage. He last fought in February 2020 and knocked out Filipino veteran Raymond Tabugon in seven rounds.

Undefeated lightweight contender Gary Cully (12-0, 6 KOs), who is coming off a March stoppage victory over Viktor Kotochigov, will fight Viorel Simion (22-5, 9 KOs) in a 10-rounder. Simion is a 15-year pro who has fought the likes of Shakur Stevenson, Lee Selby and Scott Quigg.

In a 10-round eliminator for the British light heavyweight title, Hosea Burton (25-2, 11 KOs) will face Liam Conroy (18-6-1, 9 KOs), who has participated in a number of notable all-action brawls over the years. Burton and Conroy are each looking to bounce back from defeats suffered in MTK Global’s Golden Contract tournament.