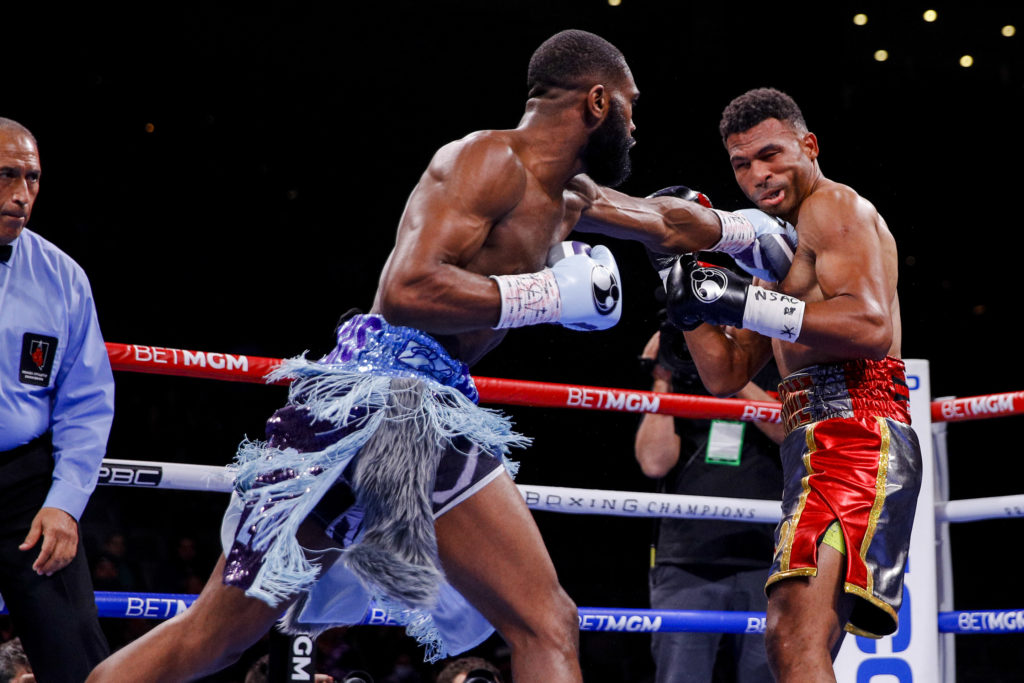 The fight that was on Showtime from the Mandalay Bay in Las Vegas was a statement win for Ennis as the Philadephia native continues to make a case to challenge the top of the division sooner rather than later.

A nasty right hand sent down Dulrome early in the 1st round and a right jab to send down Dulorme for the second time and after at 1:49, this fight was over. Dulorme with the loss has only one of his six fights and definitely looked not ready for this one.

“It was a good knockout. You know me, I wanted to show my skills and abilities. I’m just thankful for this opportunity. Now it’s on to the next. Let’s get the big names. Let’s go!,” Jaron Ennis said after the fight.

“We got it early, that’s OK by me. We don’t get paid for overtime. I knew it was over after that first knockdown. I just had to take my time and not rush anything. Everything I did today we worked on in the gym.

“I’ve been ready for a world title two years ago. I want the top guys: Errol Spence Jr., Yordenis Ugas, Shawn Porter, Terence Crawford, Keith Thurman. I’m ranked No. 3 in the IBF, so Errol Spence Jr. is who I want next.”

With the latest win, Ennis moves to 28-0 and now the questions begin on who is next. One thing for certain is that we have officially exhausted this stage for Ennis of former title challengers for him. Fun note that Ennis has note seen past the sixth round since making his pro debut in April 2016.