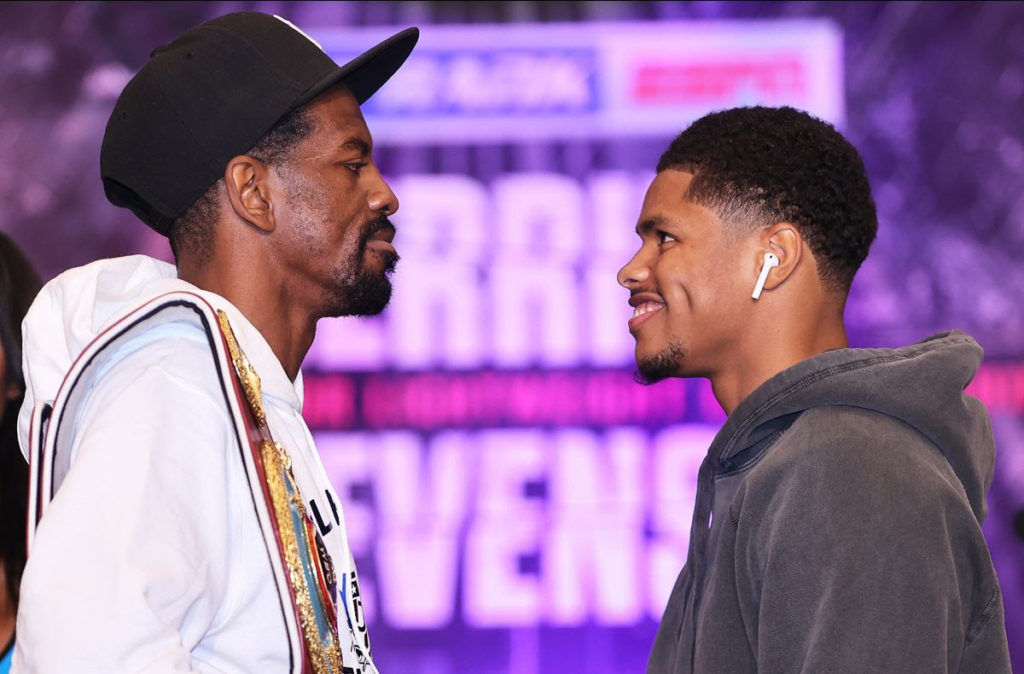 WBO Jr. Lightweight champion Jamel Herring finds himself in a familiar spot this Saturday as he takes on Shakur Stevenson at the State Farm Arena in Atlanta, Georgia Saturday night.

The underdog and not expected to win as he defends his title for the fourth time live on ESPN starting at 10:30 pm ET.

Those who have followed Herring’s current run know this isn’t anything new. Herring knows it too when speaking with us on the latest edition of the Big Fight Weekend podcast. Listen below as we spoke with Herring as well as guest Gayle Lynn Falkenthal of Communities Digital News and NY Fights about last weeks action as she was at the tremendous contest between Emanuel Navarrete and Joet Gonzalez.

Herring speaking at the final press conference Wednesday pretty much said this was business as usual leading into the contest with Shakur.

“The odds just play to my story. I’ve always been an underdog, not just in boxing but in life, so I don’t get into the oddsmaker thing. It doesn’t bother me at all,” Herring said at the final presser.

“It’s not personal, it’s just business. We’re building a fight is all it means to me. I’ve heard worse and been through worse. We’re just two top competitors in the division trying to prove who is the best.”

While the ride for Herring has been a fun one since winning the title from Masayuki Ito back in 2019, Stevenson comes into this fight as the mandatory challenger and had made no confusion that this is his time to shine.

“You’re going to see a special night, my coming out party. It’s going to be a great night, and he said he’s going to spoil the party, so let’s see if he can do it.”

Yesterday’s presser got both camps barking at each other as they both faced off to close the conference yesterday. I expect more of the same at the weigh-in today until these two meet in the ring Saturday night.