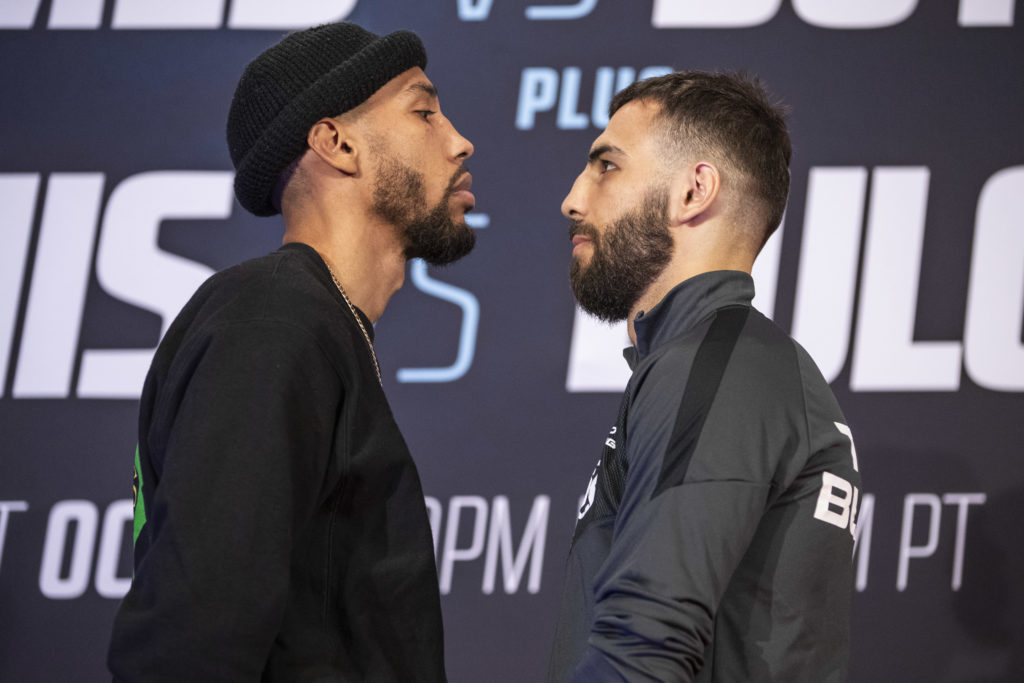 The WBA Regular title liquidation continues as Jamal James will place his version of it on the line against Radzhab Butaev live from the Michelob ULTRA Arena at Mandalay Bay Resort and Casino in Las Vegas.

The contest will air on Showtime starting at 10 p.m. ET, which has what is on the line already in place for it. The WBA has slated the winner of this contest to take on the current “Super” titleholder Yordenis Ugas and his challenger Eimantas Stanionis. Those fights will be official within the next 30 days, despite Ugas’s complaint of the ordeal.

Check out our latest episode of the Big Fight Weekend Podcast, where we have on from Boxingscene.com Keith Idec, who speaks on this fight card, and more.

James (27-1, 12 KOs), speaking at the final press conference heading into Saturday, kept his message simple. He and wants Ugas.

“I’m not overlooking Butaev. I have to get past this fight first,” Jamal James said at the final presser Thursday.”But I want to run that back against Yordenis Ugas. He’s a great fighter. I didn’t have a full camp when I fought against him. I don’t like to make excuses – because he was the better man that night. But I think if we both have full camps, it could definitely be a different story.”

“I’m not ducking anybody. I want to win Ugas’ title and make there one WBA champion. I definitely would be ready to take on Ennis or whoever it is after that.”

That fight would have higher stakes from when they both met in 2017. At that time, James was a late replacement for Bryant Perella due to a thumb injury and lost to Ugas by unanimous decision.  This win kicked off a resurgence of Ugas, who would rattle off seven more wins before finally losing to Shawn Porter in 2019.

Butaev comes into this contest as the slight favorite on most sportsbooks and with an undefeated mark (13-0, 10 KOs). Last time out, he closed out last year against Terry Chatwood with a liver-shiver knockout win.

“We’re going to bring the action to the ring,” Butaev said.”That’s what the fans love. I’m bringing that Mexican style. Fans love brawls, and that’s what we’re working on. I’m ready to bring the war to the ring.”

Currently Philly’s Jaron Ennis is heavily favored at -3500 to make quick work of Thomas Dulorme in the co-feature Saturday night. However, the main event battle between unbeaten, Russian Radzhab Butaev and WBA top contender Jamal James of Minnesota is considered much closer with James only a -105 favorite headed into the weekend. While the timing of this unfortunately does not match the launch of sports betting in Louisiana, it doesn’t hurt to register online at the sportsbooks for the next fight. According to SportsBettingDime.com, there are three approved sites that are open for early registration. If only it launched this week, fans could make some easy money.

It should be a solid main event and an interesting matchup to close out the broadcast on Showtime Saturday night.