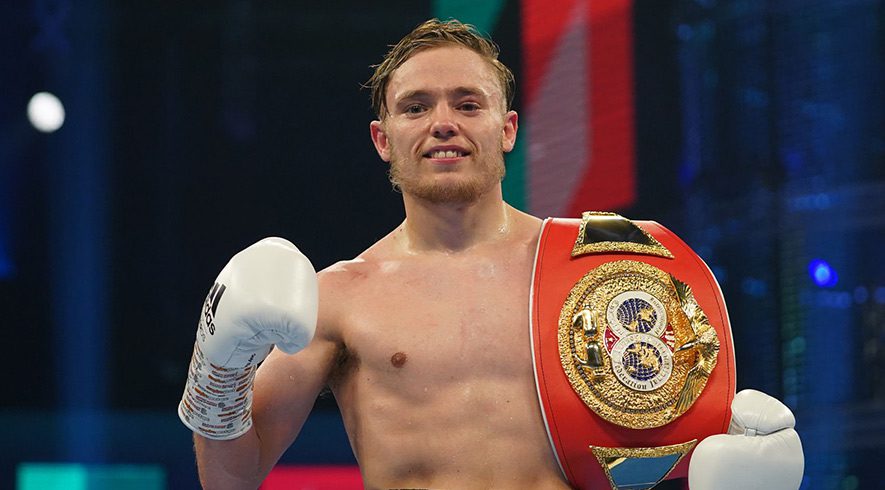 ℹ️ Update: Unfortunately @SunnyEdwards has been forced to withdraw from his IBF World Flyweight Championship defence on Saturday night at the Copper Box Arena with an ankle injury.

“Unfortunately Sunny Edwards has been forced to withdraw from his IBF World Flyweight Championship defence on Saturday night at the Copper Box Arena with an ankle injury. More details to follow regarding the Edwards v Mama fight and Saturday night’s show.” the social media post read.

It’s not clear when Edwards suffered the ankle injury, but obviously it’s serious enough for him to not compete in what would have been his first title defense at the Copper Box Arena and televised on BT Sport Cable in the U.K.

Edwards improved to 16 – 0, as he won the IBF championship back in April with a domination of champion Moruti Mthalane in a 12 round unanimous decision at famed York Hall in London.

The 25 year-old Edwards made these comments on social media himself later Tuesday,

“Gutted that my fight on Saturday is off. Will have a rescheduled date ASAP. Want to apologise firstly to my opponent Jayson & his team, as I understand the frustration they must be feeling, secondly Frank Warren & BT as my homecoming was set to be the biggest night of my career.”

It’s not clear what Warren and Queensberry Promotions will do to try to salvage the card, including a possible emergency opponent for Mama? The 24 year old Mama is also 16-0, but had never fought outside of his native Philippines/the Far East before this scheduled contest.

British Light Heavyweight contender Callum Johnson (19-1, 14 KOs) will likely be elevated to the the main event for his bout with Marko Nikolic, which is a scheduled 10 rounder.