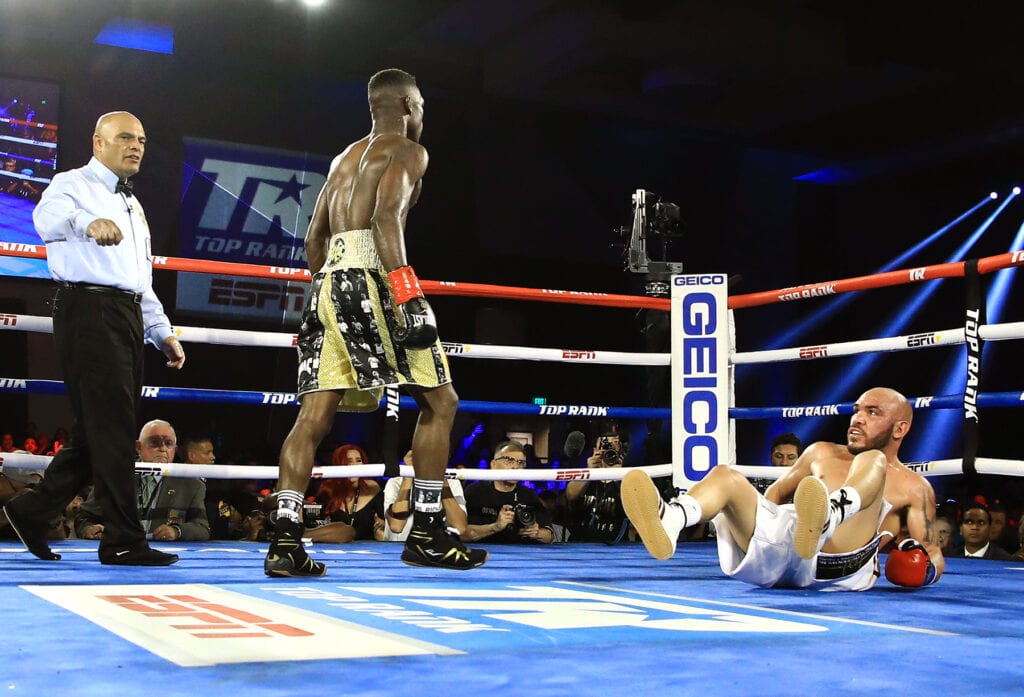 The very competitive Lightweight World Title picture continued to take shape, as the IBF has Friday ordered it’s champion, Richard Commey, to defend his title against their number one contender this fall.

The International Boxing Federation notified Comey (29-2 26 KOs) Friday morning by letter that he has 30 days to agree to a title fight with its top man, unbeaten Teofimo Lopez.

Boxingscene.com obtained the letter which gives Comey & Lopez 30 days to work out terms with a promoter for a fight later this year:

Commey, a 32 year old from Ghana, won the IBF belt in February with a second round technical knockout of Isa Chaniev in Frisco, TX. Lopez fought on the undercard of that fight and scored an 8th round TKO over Diego Magdaleno.

Commey previously lost a controversial split decision to Robert Easter for the vacant IBF belt in September of 2016. He suffered his first pro loss that night after being 24-0.

Commey successfully defended his IBF belt for the first time in June with an 8th round TKO of Ray Beltran (above) in the ESPN Top rank main event in Temecula, CA.

He ultimately would love a unification title fight with the WBA, WBO champ, Vasiliy Lomachenko, However, for now, Lopez poses and intriguing fight that will generate interest and money for both.

Lopez, who is from New York, is 14-0 with 11 knockouts and winning his most recent bout on July 19th by 12 round decision against Japan’s Mayoyoshi Nakatani in the Top Rank main event fight in Maryland.

As Boxing scene reported, Another variable in the situation is: Lopez could opt out of the fight with Commey and relinquish his number one Contender status with the IBF.

That would free up Commey to fight another contender or perhaps, wait to see if he gets a shot at the Undisputed Championship with the winner of Lomachenko’s upcoming fight with England’s Luke Campbell on August 31st.

Lomachenko will be heavily favored to win and at that point, Commey will have the only belt that Lomachenko does not have.

Sosa, Berlanga, Ramirez help kids get “Back to School”
Campbell-Haney a possibility if he beats Lomachenko
Advertisement
To Top