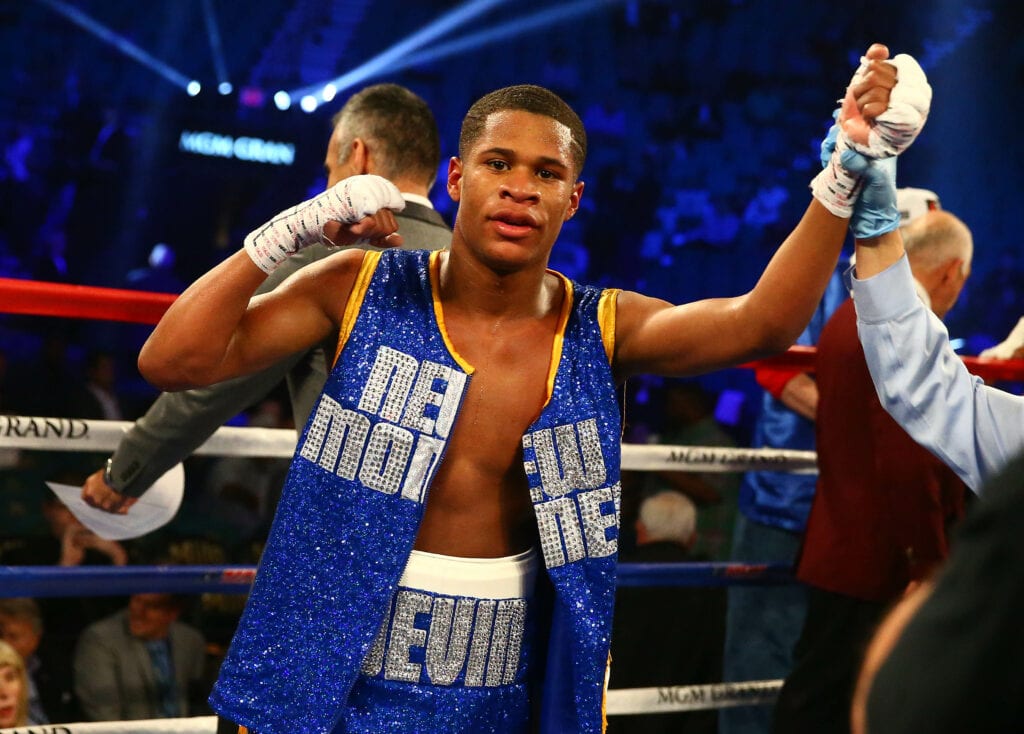 Campbell-Haney a possibility if he beats Lomachenko

When the WBC made the vacant lightweight title up for grabs between Vasiliy Lomachenko and Luke Campbell, the first person who wasn’t a fan of the contest was Matchroom Promoter, Eddie Hearn. The move at the time had Lomachenko leapfrog the entire division of the WBC rankings and pushed back a matchup between Matchroom stablemates Devin Haney and Campbell.

If Campbell can pull off an upset of beating Lomachenko on August, we could have that matchup come to fruition by December. Hearn laid out the details of this match taking place on Thursday during a conference call to promote Haney taking on Zaur Abdullaev on September 13 in New York City.

Hearn: Campbell Would Face Haney In December If He Upsets Loma https://t.co/zj1yxlY1cX pic.twitter.com/SIMsWpjRN2

“The reason that we take this fight,” Hearn explained on the call, “even though there is a little bit of uncertainty, as to when [Haney] would get that world title shot, I think the pressure that you can apply publicly, politically, to say, ‘Look, we’ve won the eliminator. We want the winner of Lomachenko-Campbell.’ I mean, if all goes well, our guy, Luke Campbell, will beat Lomachenko and he’ll fight Devin Haney in December. That’s a dream scenario for us. You know, obviously Lomachenko’s the favorite in that fight, and if Lomachenko was to win, we will get the megaphone out, and we will make sure that the whole America demands to see that fight. That’s how you get fights made.”

That megaphone Hearn mentioned may have to leave a voicemail message cause if Lomachenko wins, he would more than certain face the winner of Richard Commey-Teofimo Lopez contest that was recently ordered by the IBF. That match would likely happen first because Lomachenko, promoted by Top Rank Boxing, would face either IBF winner as both fighters are under the Top Rank stable. That contest will supersede any mandatory challenger if Haney wins against Abdullaev upcoming.

Hearn knows this and explained as much on the call as well.

We’ll wait and see if that match plays out, but one thing for sure is we have some very entertaining matchups at 135 lb. division upcoming.