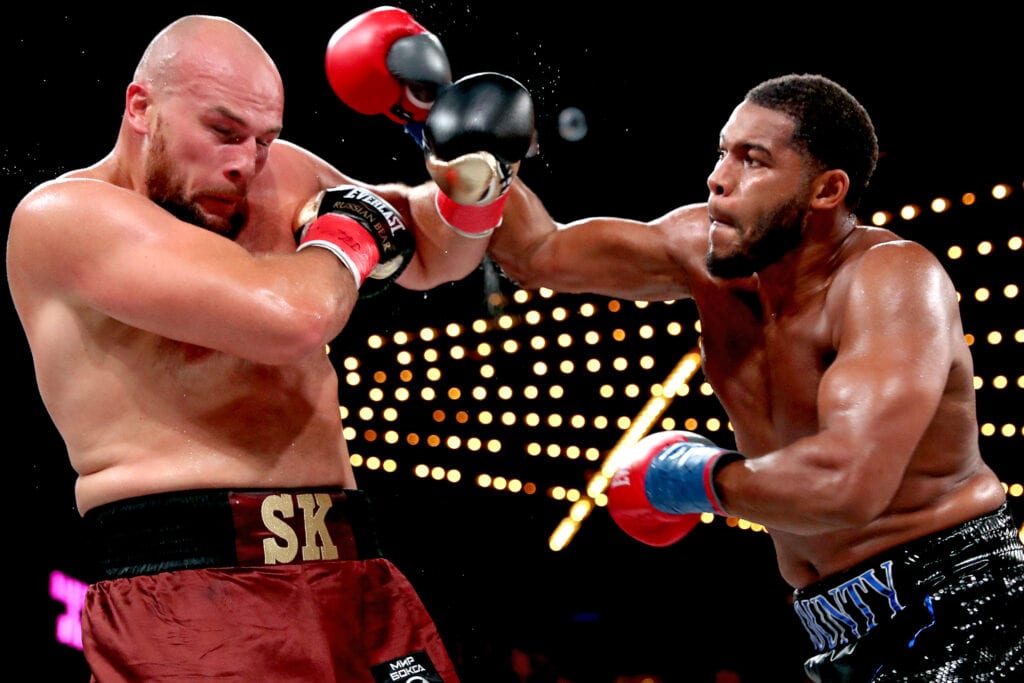 Michael “The Bounty” Hunter is looking to make a statement when he takes on Alexander Povetkin this Saturday on the heavyweight loaded card out in Saudi Arabia capped off with the Anthony Joshua-Andy Ruiz rematch.

In an interview with Boxingscene.com, Hunter feels that this stage will get him one step closer to a title shot.

“I’m in the best position of my career, fighting as the co-feature for the most anticipated boxing event of the year,” Hunter said to BoxingScene.com. “It’s such a blessing to be able to showcase my skills against an awesome opponent. It’s like a dream come true, especially fighting overseas like the old school heavyweights. This is my big shot. It could have come earlier, but I’m here now.”

That big shot that could’ve come earlier ironically, maybe against Joshua as one of the potential replacements once Jarrell Miller was suspended for failing multiple drug tests. That didn’t come to fruition and instead went to Andy Ruiz in June, who Joshua is facing in an attempt to win his titles back.

While Hunter waits for that chance, he is focused on Povetkin, who has been a top ten heavyweight and is coming off a victory of Hughie Fury back in August in London.

“Povetkin’s fought against top-level guys for over a decade, and that’s something I don’t have. I can only build upon my experience as my career continues,” stated Hunter. “He’s only been stopped once, so I will have to out-perform him. I’m looking to accomplish that feat. I will have to overcome a lot of things with his experience. He’s a strong puncher with a great left hook and seasoned guy. He’s ruthless and a warrior. He has everything that it takes to beat a guy on the come up like me. People really don’t know what I have, so this is a test. This is the perfect opportunity for me.”

That opportunity will have the whole boxing world watching Saturday with a victory over Povetkin for Hunter to make a statement.