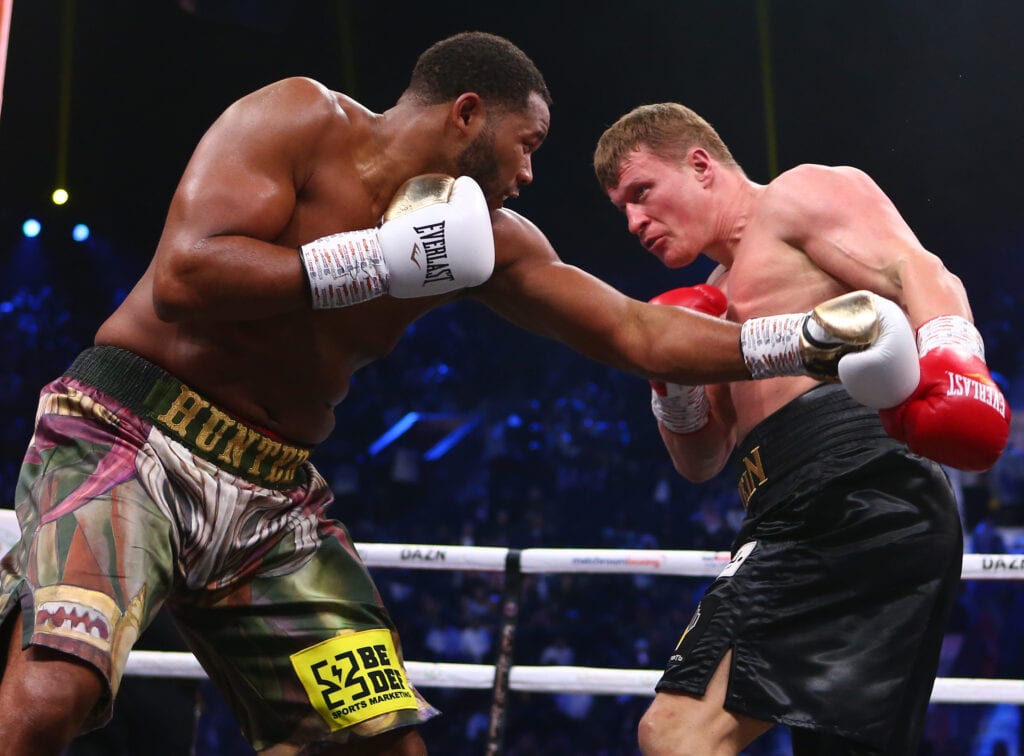 Hunter feels contenders are getting smaller

Michael Hunter is a top ten heavyweight that is slowly climbing the ranks of the division after a reign in the cruiserweight division. There he only had a loss to then-champion Oleksandr Usyk to show for it.

Hunter recently speaking with Sky Sports feels that the trend in heavyweight contenders is to be on the smaller end of the weight class.

“It was ideal. Boxers are starting to find the balance of what a natural fighter should be,” Hunter said to Sky Sports. “Over the past few years, we’ve got away with fighters who are not normal because it’s easier to sell them like that. But it’s finding a balance now. There is a limit. If you’re naturally so big there’s nothing you can do. But being big doesn’t really help you. Every fighter knows that.”

I need to fight a bum next just to follow trend….

Hunter, in his last fight against former IBF Heavyweight champ, Alexander Povetkin, came in at 226.5 pounds, which is only a half-pound from his heaviest since coming back up to heavyweight in 2018. For most of Hunter’s bouts, he has generally weighed in around 200 to 218 pounds. For Hunter, that is where he has felt the most comfortable.

It is well documented that the heaviest heavyweight on the card which Hunter fought to a draw with Povetkin was, of course, Andy Ruiz Jr., who came in at 283 pounds.

That is not the plan for Hunter.

“It is very hard to be a heavy fighter. Unless you are Ruiz Jr and you’ve always fought heavy, so you know how to be explosive and fast. But it didn’t help his feet”, Hunter said “I would agree [that heavy fighters aren’t suited to longevity]. That would be the norm. But there are people outside of the norm like Ruiz Jr. Normally the ideal fighter has long limbs, long muscles, slim. Not big and bulky – it’s rare to have a fighter like this, not impossible, but rare.”

Hunter is one of the latest cruiserweights alongside WBO mandatory challenger, Usyk to make noise in the heavyweight division. We’ll, see if the new mold is to come in on the lighter side of similar to Light-Heavyweight and eventually, Heavyweight World Champ, Evander Holyfield, did during his career.