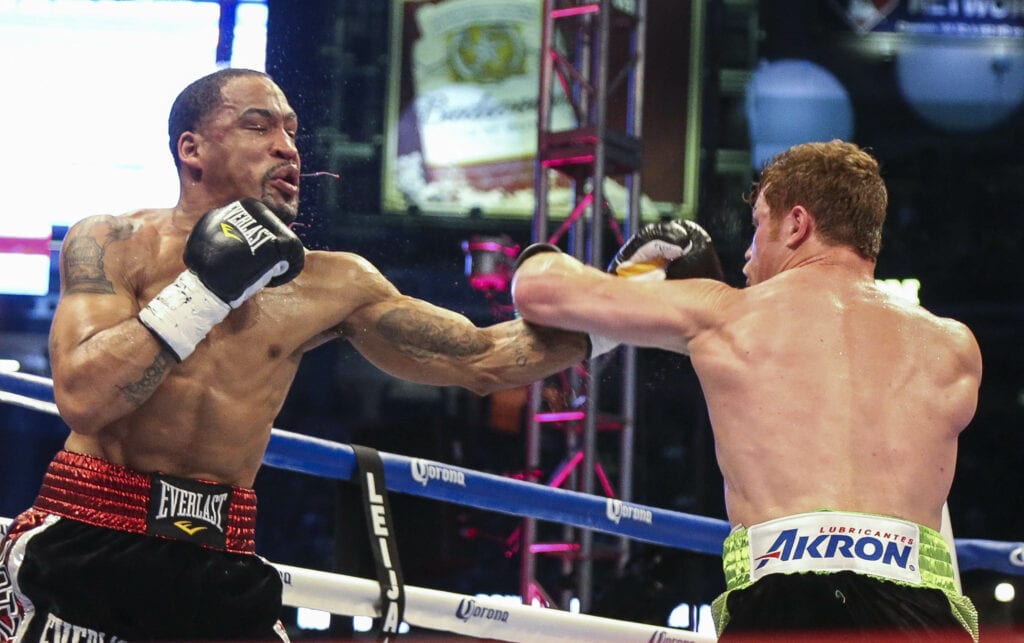 Hernandez on Kirkland- “His time has come and gone”

“Madman” Marcos Hernandez will look to put himself back into contention for a world title when he takes on hard-hitting James Kirkland in the FS1 PBC Fight Night main event and on FOX Deportes this Saturday, March 14 from MGM National Harbor in Maryland.

A Fresno, California native, Hernandez (14-3-1, 3 KOs) has made improvements in his most recent training camp with head coach Henry Ramirez that he believes will help him get by Kirkland and leap forward in his career.

#PBCCampLife with @madmarcos559 — Cali native talks about jumping back into Middleweight title contention this Saturday when he faces James Kirkland in the main event of #PBConFS1 at @MGMNatlHarbor in Oxon Hill, Maryland. #KirklandHernandez

“I’ve had a great camp and for the first time in my career I’ve added a strength and conditioning coach,” said Hernandez. “I’m constantly in the gym with Henry Ramirez working hard every single day. I was super focused going into this camp, since I know this is a major opportunity to get me back in line for a world title shot. I know I have to take this seriously.

“Some people may have doubted me based on past fights, but that is only fueling my motivation. I miss my family a lot, but I know to be great, I have to do what it takes to go to the next level.”

For Hernandez, the veteran contender Kirkland represents the most notable opponent of the 26-year-old’s pro career, which dates back to 2013, while Kirkland has fought professionally since 2001 while compiling a knockout ratio over 80%.

“James Kirkland is a notorious fighter known for his power, but his time has come and gone,” said Hernandez. “This is a great opportunity for me since Kirkland is a popular fighter and when I beat him, people will take notice. I watched Kirkland growing up and I have studied his mistakes. Kirkland only has one style, but I have many. This will be a great fight for the fans because both of us have our backs against the wall and must win.”

Hernandez has faced a slew of fellow young contenders while competing four times on FS1 leading up to his first main event this Saturday night.

“I have been featured on many televised cards, but to actually get promoted to the main event on a great network like FS1 and with PBC, it just shows my hard work is paying off,” said Hernandez. “I am thankful to my team and everyone who’s put effort into my professional career. I’m grateful for this opportunity and I’m going to leave everything in the ring.”

Included in Hernandez’s exciting battles against fellow contenders are a pair of matchups against current unified 154-pound champion Jeison Rosario. Hernandez and Rosario fought to a draw in their first matchup before Rosario scored a victory in their February 2019 rematch. With a win on Saturday, Hernandez has his eyes on a trilogy for his first world title opportunity.

“When I win, I want to get back in there with unified champion Jeison Rosario,” said Hernandez. “I have fought Rosario twice already and the first time was a draw. I have unfinished business with him. I need to make a big statement and have a highlight-reel performance this Saturday night. I believe I can fight him this year. The fight would be a trilogy and who doesn’t like trilogies in boxing?”