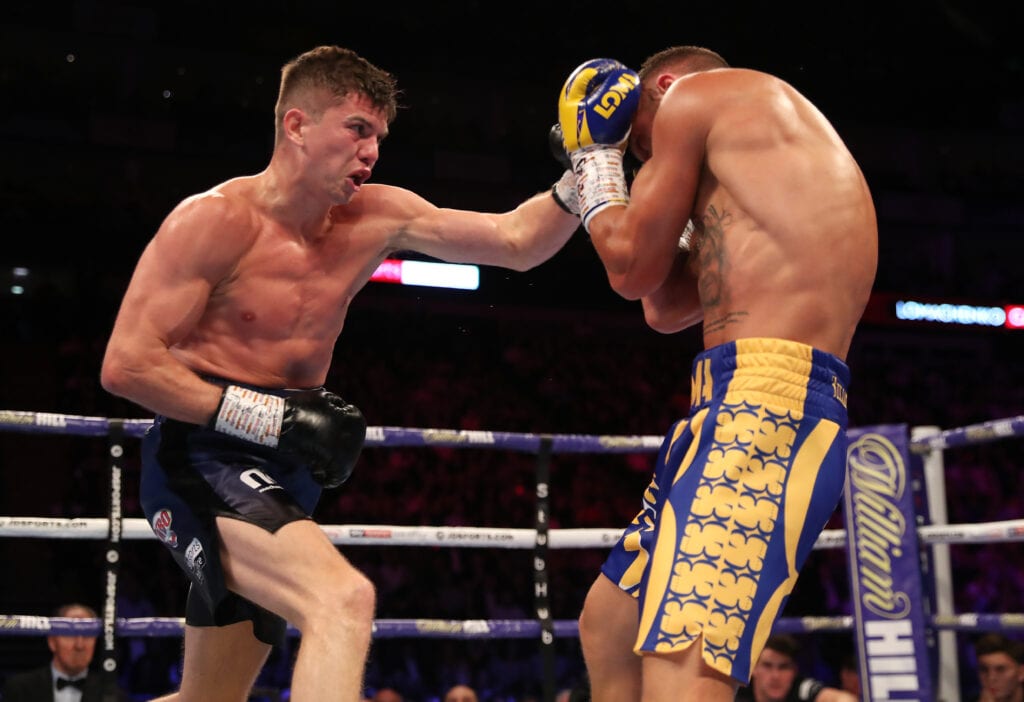 Luke Campbell was in front of his hometown crowd at the O2 Arena this past Saturday in London, England and while he came up short in his quest for the WBC Lightweight title against Vasiliy Lomachenko, he didn’t get embarrassed either.

Campbell, a 2012 gold Olympic medalist in front of a sold-out crowd over 18,000 watched a game challenge by him. While on the judge’s scorecards shown a wide margin in defeat at the end, Campbell’s promoter Eddie Hearn sees this defeat as an opportunity to build his fighter’s brand.

Thanks for the support Jack, the noise in there was unreal!!! https://t.co/9OGeaE2RIc

In an interview with Boxingscene.com after the fight, Hearn suggested that the stage for Campbell just got bigger.

“With all due respect to Luke, his brand going into this fight, this fight was about Lomachenko,” Hearn said to BoxingScene.com following their fight. “Yes, he was fighting a Brit. But let’s be honest – Lomachenko was the sell here. Now that’s changed, and Lomachenko’s still the sell. But Luke Campbell has a huge profile now. People are proud of him. You know, Brits love it when you’re getting hit to the body and you’re almost crippled over, and you just stay on your feet. And you go down and you get up and you fight back. All fans love that. And that’s what they saw from Luke Campbell. So, his stock rises considerably.”

Campbell after this contest, Hearn said the 31-year-old will look to regroup and set himself up again for another shot at the lightweight title.

Hearn will begin regrouping Campbell up in hopes of landing what would be a third lightweight title shot.

“We’ve gotta now gear him up sort of for a shot at a belt that fragments at some point next year,” Hearn said to Boxingscene. “Devin Haney’s in a similar boat, you know? And Lomachenko’s unbeatable. He’s gonna fight the winner of [Richard] Commey against [Teofimo] Lopez. He’s gonna win that fight, and then he’s gonna be undisputed. And then I think he’ll move back down, because he’s not a lightweight, you know?”

If Lomachenko does go undisputed and reportedly move back to 130, we’ll see if him vacating opens the door for Campbell and others to grab title shots at lightweight.

For Povetkin, One Fury Down, One More to Go
Daniel Roman out against Akhmadaliev with injury
Advertisement
To Top