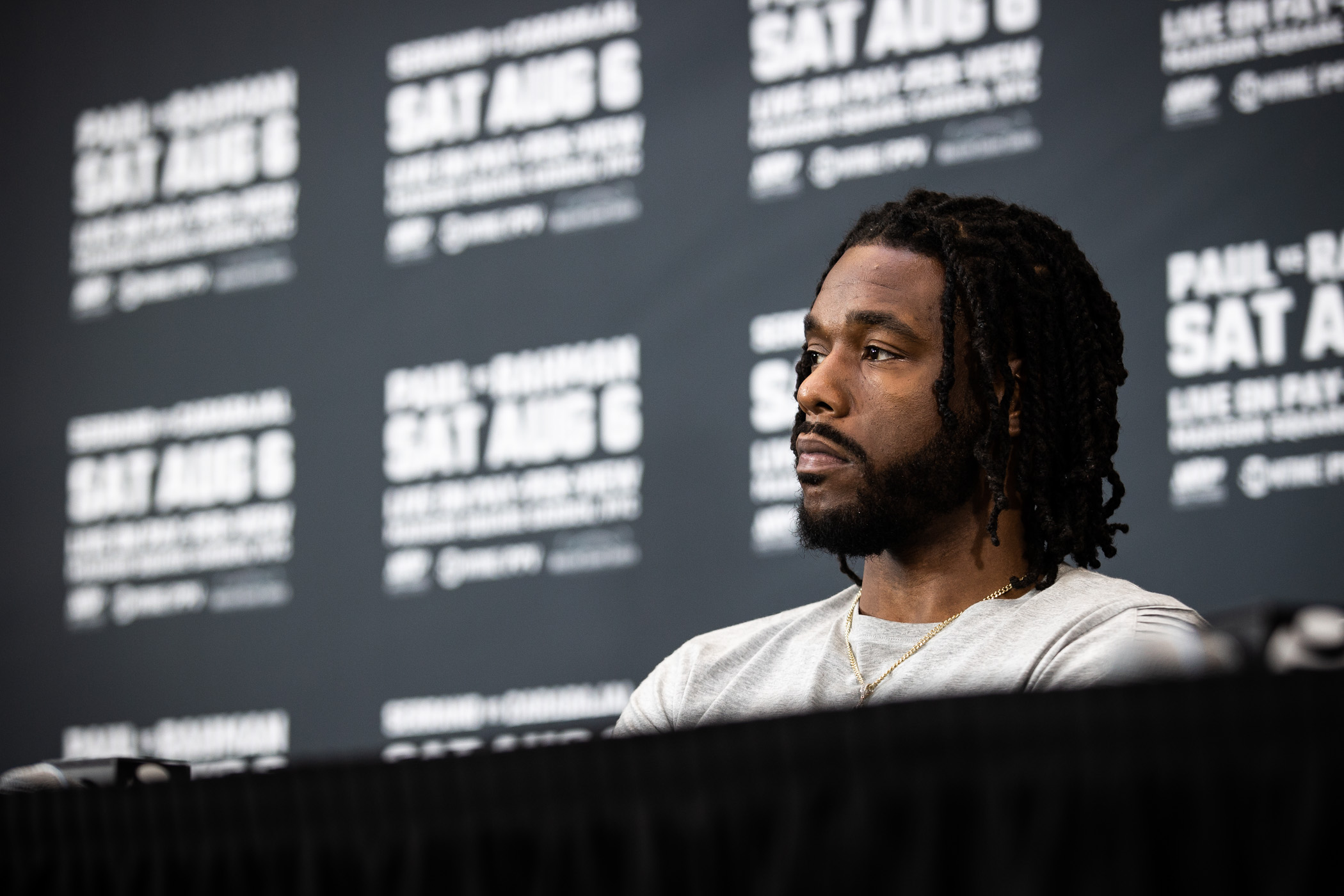 Heavyweight and son of the former champ, Hasim Rahman Jr., is trying to make clear- that despite knowing the weight clauses he had to make to fight Jake Paul next Saturday night, he’s not the real reason their PPV main event has now been cancelled.

However, it’s undeniable that Rahman was not going to be anywhere close to the agreed weight restrictions to fight the Youtube/social media star Paul and that gave he and his MVP Promotions the grounds to delete the fight scheduled for Madison Square Garden.

And, that means the scheduled eight round bout was called off and the entire card scrapped Saturday evening. That was done ironically, while Showtime was debuting the “All Access” 30 min documentary style preview of the Paul-Rahman fight on their network and streaming service.

But, that was only the beginning of a war of words between Rahman and Paul cranked up. MVP Promotions made their position on behalf of Paul when they put out a statement Saturday night that said in part,

On July 5, Hasim Rahman Jr. signed a bout agreement to fight Jake Paul on August 6th at Madison Square Garden at a maximum weight of 200 lbs. At the time of signing Rahman provided evidence of his weight to give comfort to Most Valuable Promotions and the New York State Athletic Commission that he would not be losing more than 10% of his weight over the 4 weeks leading up to the fight,” the MVP Promotions statement said.

“Since weighing in at 216 lbs on July 7, Rahman and his camp have offered assurance after assurance publicly and privately that he was on track to make weight at the weigh-in on August 5th, going as far as to provide a letter signed by a recognized nutritionist that his weight cut was progressing without issue per New York State Athletic Commission’s required weekly weight checks. In the last 48 hours, it has become clear that these assurances were not made in good faith.

On Friday, Rahman submitted a weight check to the New York State Athletic Commission that demonstrated he had lost less than 1 pound since originally signing to take the fight 24 days prior….”

Then, then the 25 year old Paul took to social media (what else for him?) later Saturday night and blasted Rahman for trying to come into the fight at weight of 215 lb. next Saturday,

Yet again my opponents has pulled out of the fight… (1/2) pic.twitter.com/7ADOku3glx

Paul cited the clauses Rahman had agreed to and the obvious tactics that he was now using seven days from the fight to try to weigh significantly more for it.

For his part the 31 year old Rahman, 12-1 as a pro, wanted to try to spin it and went on Social media himself Saturday night. First in a series of written tweets trying to portray that Paul and MVP Promotions didn’t have to cancel the PPV. He continued to use inflammatory words like “fraud, “pu—” and others in his written name-calling of Paul.

Ultimately, after some back and forth exchanges with fans, and even our own insider Dan Rafael on one occasion, about the weight clauses, Rahman put up his own video explanation on why he wasn’t going to get down to the agreed weight. And, he blamed Paul for not negotiating to keep the fight on,

The end result is there won’t be a fight that would have had at least some intrigue as to whether Paul could handle a bigger (how much bigger was the dispute), more experienced boxer in Rahman than any of the previous bouts he’s had in his five fight career?

Instead, we’re left with another cancelled matchup and wondering how much longer Showtime and anyone else should put up with the Jake Paul “circus” that comes with his opponents/cancellations?