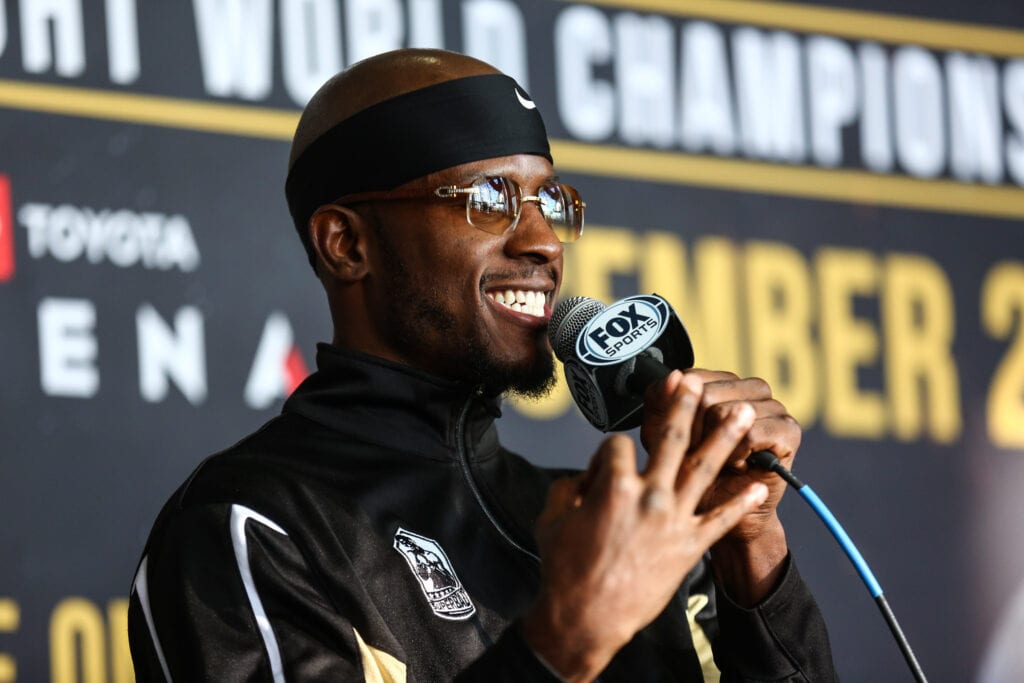 Harrison- ‘Nothing about me is fake’

The buildup so far has been a war of words for Tony Harrison and Jermell Charlo leading into Saturday’s rematch taking place in Ontario, California on Fox. The one overriding theme for these two is that have made it known they don’t care at all for one another whatsoever.

Thursday press conference with Harrison confirmed that as well responding to claims of being ‘phony’ or fake..

“Nothing about me is fake,” Harrison said at the Thursday’s final presser.. Everything I say, I do it. It comes from my heart. The beef between us is real when it comes to my eyes. I don’t like anything about him. The tables turned after what he did right after the first fight. I’m a humble beast and he woke me up.

Catch our latest edition of the Big Fight Weekend podcast as we break down the fight and give our opinion who will win the rematch.

Harrison will be defending the WBC Super Welterweight belt he won from Charlo last year in a contested decision last year at the Barclays Center. Harrison addressed that at the presser as well for those who think that Charlo won the fight.

“I had three judges who said I won, so I don’t think I have to change anything in my game plan. I’m happy. I don’t care about what him and his team is telling him. I don’t have to do anything different.”

Harrison has been training locally here at the local St. Pete Boxing Club here in the Tampa Bay area and mentioned how the change of scenery will help him retain this weekend.

“I trained in Florida because I needed to be hungry again, ” Harrison said. “I made the changes for me. I was out a year and I had to get mentally correct. He woke me up. I didn’t need to be in Detroit, they know I’m the champ. Now I’m ready to beat you again on Saturday.”

We’ll see in the much awaited rematch if Harrison’s preparation helps him retain in this blood feud.

Saunders wants Canelo or Callum Smith next
Murata-Butler faceoff early Monday on ESPN+
Advertisement
To Top
We use cookies to ensure that we give you the best experience on our website. If you continue to use this site we will assume that you are happy with it.Ok