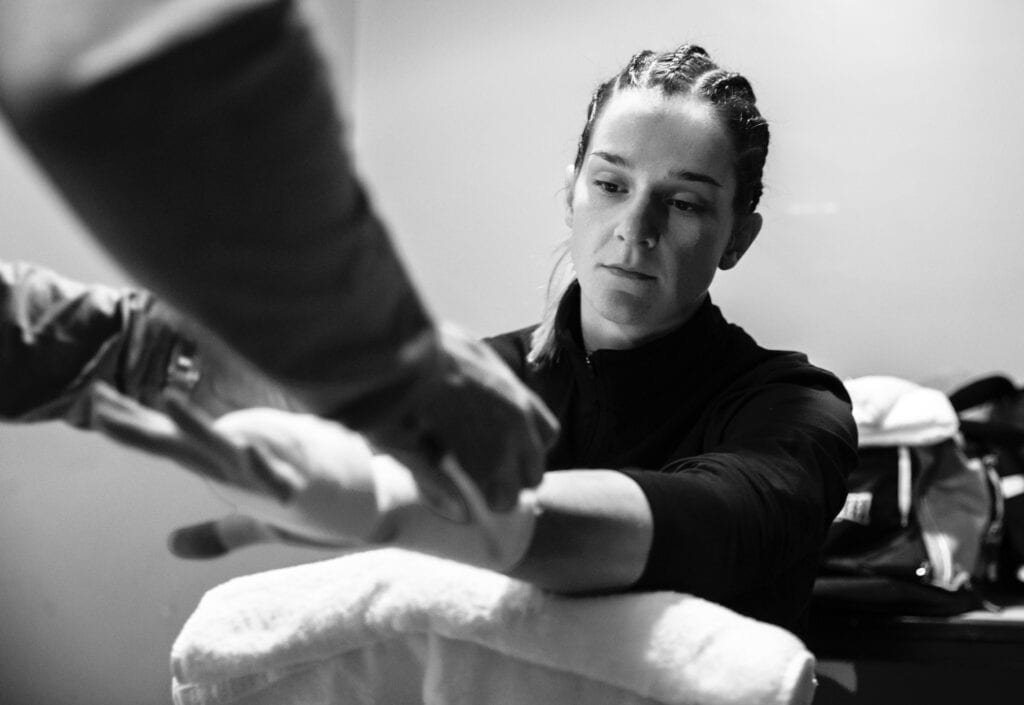 Harper plans to break down Jonas

Terri Harper says she will “break down” Natasha Jonas when she defends her WBC and IBO Super-Featherweight World Titles against the Liverpudlian at Matchroom Fight Camp in Brentwood, Essex, on Friday August 7, live on Sky Sports in the UK and DAZN in the US.

Harper (10-0, 5 KOs) was crowned WBC World Champion after battering Eva Wahlstrom over ten rounds at the FlyDSA Arena in Sheffield to rip the famous green and gold belt from the long-reigning Finn and cement herself as a new rising star of British boxing.

The first defense of her WBC Title comes against Great Britain’s first ever female boxer to compete at an Olympic Games. Despite Jonas’ wealth of experience in the amateur ranks, ‘Belter’ remains confident that she will emerge victorious against ‘Miss GB’ on the night.

“For me, professional and amateur boxing are two completely different styles,” said Harper. “We’re not going to do anything daft. We’re not just going to be looking for a stoppage. I’m going to use my engine that for some reason Natasha thinks could be a bad thing. I’m going to work Natasha all night and break her down.

“Tasha gets caught quite a lot and I’m a big strong Super-Featherweight. When I get in the ring I’m easily a good 10 or 12 pounds heavier than what I was at the weigh-in the day before. I’ve got a bit of meat behind my punches and I strongly believe I could get a stoppage over Tasha.

“She keeps saying there’s nothing I do better than her but obviously I beat Viviane Obenauf. I’m not going to go off that fight, but I think I’ve got one up on Natasha. Every fight I’m having I’m always thinking about that next step and reaching the next level. I enjoy the risks but I feel I have great momentum and I can’t see anything stopping me at the minute.”