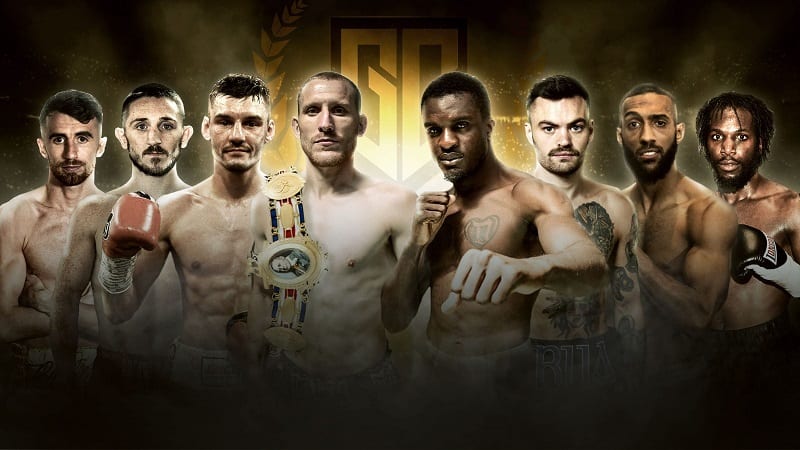 The hugely successful Golden Contract tournament will return to London’s iconic York Hall on February 21 to stage the final fours of the two divisions – live on Sky Sports in the UK in association with Matchroom Boxing and on ESPN+ in the US in association with ESPN+.

With the featherweights including Ryan Walsh, Leigh Wood, Tyrone McCullagh and Jazza Dickens and the super-lightweight hopefuls whittled down to Ohara Davies, Tyrone McKenna, Mohamed Mimoune and Jeff Ofori, expectations are high.

The details of the #GoldenContract semi-finals for BOTH featherweight and super-lightweight have been revealed.

What a night in prospect…

MTK Global Professional Development Coordinator Jamie Conlan said: “What a night in prospect this is. This competition has already been a great success and now it goes up another level. Even the knockout bonus money goes up!

“It’s great to be having these semis at York Hall, which were packed for the quarters and provided superb atmospheres. This will be even bigger, better and louder.

“We’ve chosen to do both feather and super-light on the same night to bring together eight sets of fans hoping to roar their heroes to a life-changing opportunity in the two finals.

“Fans from up and down the U.K, Ireland and France will be in attendance supporting the semi-finalists and with ESPN screening it all to the US alongside Sky Sports in the UK, this is simply a massive night for boxing.”

Tickets for the event will be released on Friday. Confirmation of the fight week draw, press conference and weigh-in will be forthcoming in due course.

Will they let Crawford ‘cross the street’ in 2020?
Danny Garcia takes on Ivan Redkach on Showtime
Advertisement
To Top