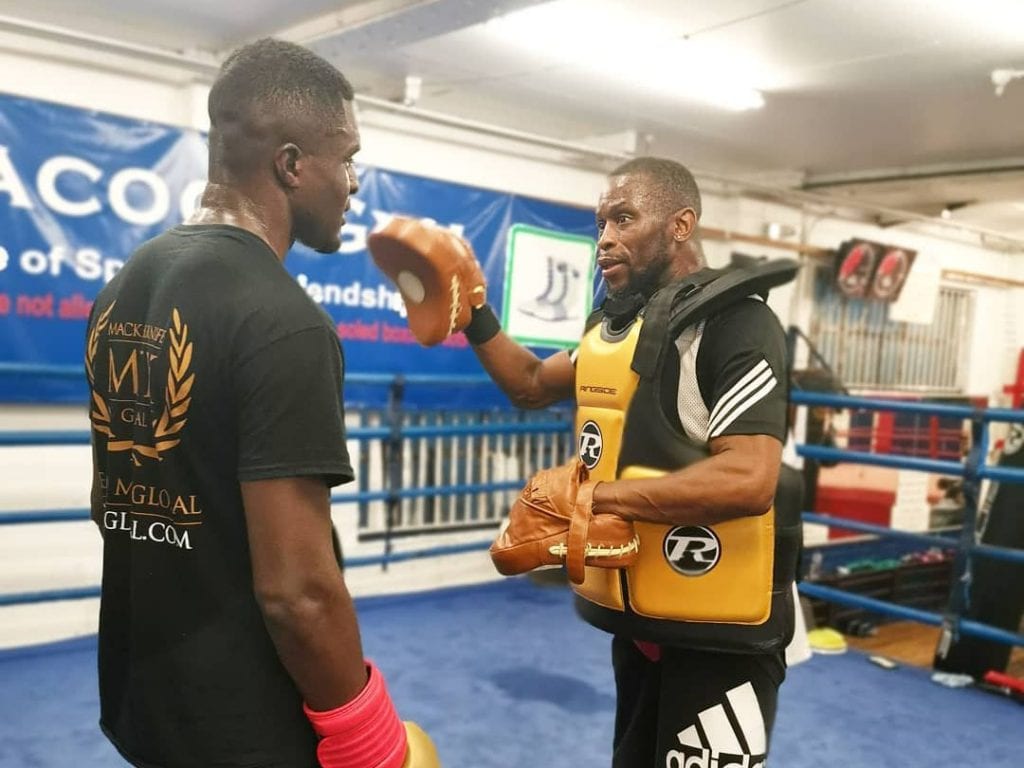 Ohara Davies is full of renewed energy after returning to trainer Tony Cesay.

Cesay – a famous amateur who won the 1999 national senior championships – worked with Davies in his youth and has returned to guide ‘Two Tanks’ ahead of the #GoldenContract tournament.

As he prepares to enter the draw for next weekend’s hotly-anticipated quarter-finals at York Hall, Davies has paid tribute to a life-long mentor.

Davies said: “Tony means a lot to me. He’s the closest thing I’ve ever had to a father figure.

“When I was young and in trouble, he got me into boxing. It kept me off the streets and he made sure I couldn’t go back there to sell drugs and fight. I had to be in the gym.

“As I got older, we went our separate ways because I thought I knew better but as the story of the prodigal son goes, now I’m back.

“Tony has had a big impact on my career the last few months and it has been so positive. He reminds to work hard and focus properly every day.

“I listen to Tony when he tells me how to rest as well. He says I should be at home on the couch and not out in restaurants and bars living the life of a player. I have to live the life of a fighter and train like a warrior.

“I’ve seen improvements in my sparring, my fitness and my confidence. This is the best shape I’ve been in during my five years as a fighter. I’m a totally different animal and I’m excited.“