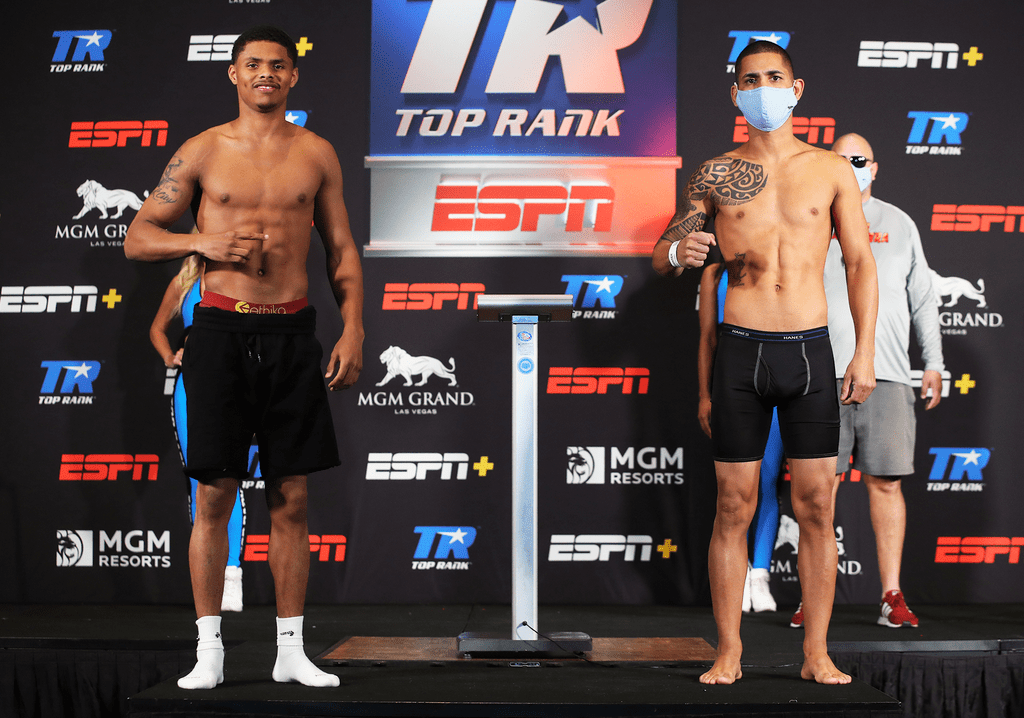 Glad to have live boxing back on ESPN tonight

The time is finally here, and we will have live boxing tonight on ESPN courtesy of Top Rank Boxing after the Covid 19 pandemic halted the sport for nearly three months. If anything has been made abundantly clear about boxing, it’s when the sport is not in action, it fell into levels that no one is ready to embrace… at all.

I mean, it’s not like the other major sports like MLB or NBA or NFL, where we can just play boxing on a gaming console. That’s, unless you are still one of the few that have a working Playstation 3 to trot out playing “Fight Night Champion.”

The World Boxing Super Series tried that once that pandemic started with fantasy matchup tournaments and needless to say, when they stopped simulating the tournaments, we all were better off for it.

If you have followed me on Twitter, I’ve gotten to the point myself during this time, where I’ve covered #unsanctionedbouts until we have gotten legitimate boxing action. While others are breaking down hypothetical matchups, I spent this downtime watching random people go at it in contests that haven’t been recorded in Boxrec.

Check out the shot that ends what looked one sided! #unsanctionedbouts #boxing https://t.co/vx7CpvKGIK

That is what makes Tuesday’s show make on a national platform in the United States so important.

Top Rank isn’t the 1st card back, that distinction will go to the Carden Combats Sports/Never Surrender MMA contest that was held on Fite.tv this past Saturday out in Abilene, Kansas. That card featured the combination of boxing, bare-knuckle fighting, and mixed-martial arts.

Will be livetweeting this tonight pic.twitter.com/JLpAdxFEon

For those who didn’t know about that Carden show, this Top Rank Boxing on ESPN will be the 1st for everyone, mostly in the United States.

That event will be headlined by undefeated WBO featherweight champion Shakur Stevenson (13-0, 7 KOs) taking on little known Felix Caraballo (13-1-2, 9 KOs) in a non-title contest at 130. Is this the greatest comeback fight the sport can offer since the pandemic? With Stevenson coming in a 100-1 favorite and himself not watching too much film on Caraballo, I’d be lying to you to say it is.

“I seen everything I needed to see in that one round, and kept it moving from there,” Stevenson said on a conference call Thursday. “I see a lot of holes in his game, so I’m gonna expose it.”

To Stevenson defense of downplaying Carballo, that one round of boxing game tape maybe all he could find on him. Despite that contest closing out the show, it won’t be the worse fight they’ve put on national television and given the other option of no boxing at all; I’ll take this bout Tuesday night.

That is not to say that Carballo is going into this to roll over. Despite being the huge underdog, Caraballo is looking to make a name for himself Tuesday night.

“I would’ve liked for them to have called me three months earlier,” Caraballo told BoxingScene.com last week. “That would’ve been better. But opportunities like this, if I would’ve let it go, I don’t know if I could get another chance like this. That’s why I took the fight.”

The “new normal” for these shows is going to look odd and, of course, empty for the time being with no fans in the stands. There was a live show out in Nicagurua back in April that boxing shows in the United States will have to work their way up to in terms of having fans into the building.

Like everything else in the world, as it all slowly starts to open back up, it’s going to take time and phases to get there.

Thank goodness boxing is back, and we’re all waiting for it.

Stevenson on moving up – “wanna have my own story at 130”
Showtime to air ‘Ringside’ this Friday
Advertisement
To Top
We use cookies to ensure that we give you the best experience on our website. If you continue to use this site we will assume that you are happy with it.Ok