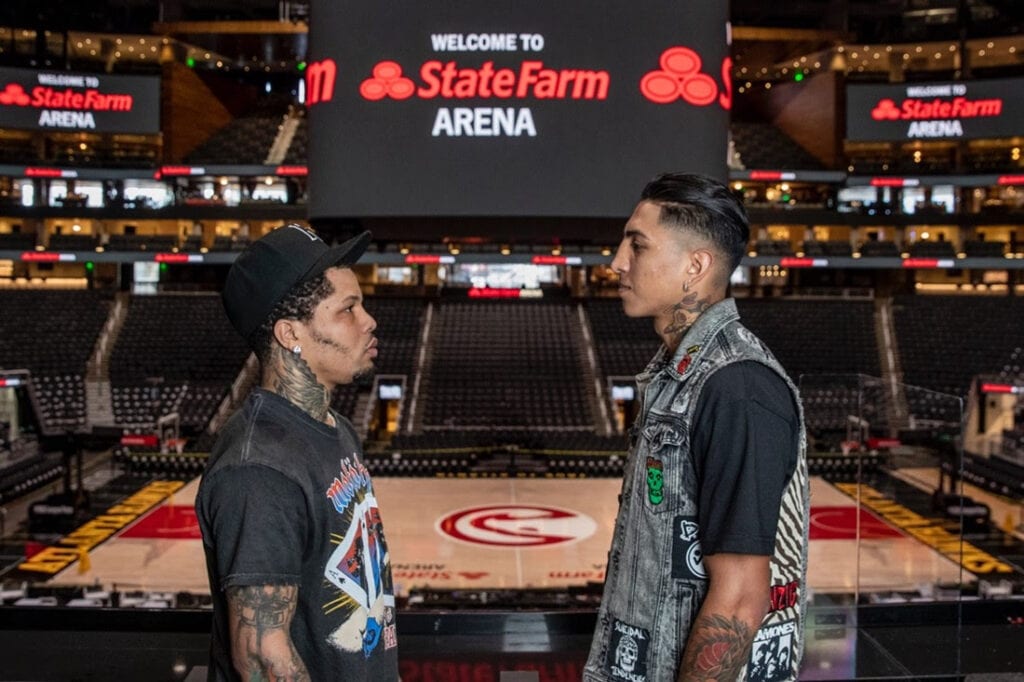 Intriguing matchup as Davis is jumping weight classes up to 140 to take on the undefeated Barrios but will have the advantage of being another hometown bout for Davis in the State Farm Arena, where he was victorious against Yurkois Gamboa back in December 2019. Coming off his stoppage win of Leo Santa Cruz, Davis is out to prove why he is the best fighter out there.

“I took this fight because I want to be great. All the other big names at lightweight had scheduled fights, so I felt like I wanted to go out and beat the best fighter out there for me,” Davis said at the presser Thursday for the event.

Of course, for Davis, the biggest concern was the move up in weight, but David noted that that wouldn’t be a problem.

“Even if he is bigger than me on fight night, it doesn’t matter. This is all part of the sport. My goal is to break him down. If I can get him out of there, I’ll get him out of there. If it goes 12 rounds, so be it. He’s big and strong, but he’s never faced anyone like me,” Davis stated.

We’re all going to see if the move up in weight has any effect on Davis, but we all won’t know until the opening bell in June.

“We have to wait and see what happens on fight night. Different styles dictate what I need to show in the fight. We’ll see what he brings to the table, and then we’ll capitalize off of it,” Davis said.

If Davis is victorious here, it’ll be interesting to see if he stays at that weight or moves around. If he stays at the weight, I’d like to see if  Regis Prograis is an option next, but time will play out to see if anything materializes.

Ramirez-Taylor Is Finally Upon Us!
Showtime Trailer Out For Leonard Hearns Hagler Duran Docu-Series
Advertisement
To Top