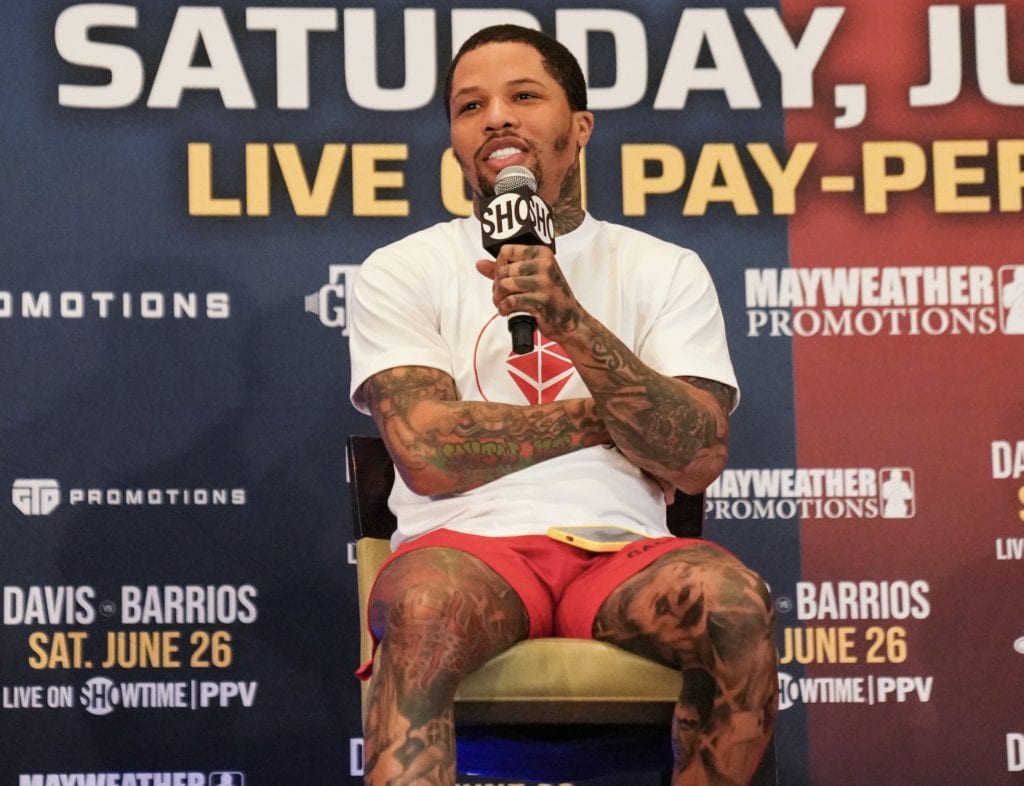 Gervonta Davis Says He’s Back This Fall- PPV Numbers In

On Monday afternoon, unbeaten two division World Champ Gervonta Davis made clear that he wants to be back in the ring soon. And, a report says that his PPV stoppage 9 days ago over Mario Barrios did modest numbers.

First, Davis put out a short message on Twitter Monday afternoon insisting that he will be back in just three months to fight, again,

For fans of the Baltimore-native, who is rising among the top pound for pound fighters, that’s good news that he’s ready to be back. And, it definitely leads to speculation on whom his opponent could be that soon?

Meanwhile, back to the Barrios bout at the State Farm Arena in Atlanta. Davis was moving up two weight classes to 140 lbs. and was giving up over 5 inches in height and 6-7 inches in reach to battle bigger Barrios.

After struggling to get inside of that Barrios reach in the early part of the fight, the unbeaten two division World Champion Davis stepped up the attack and eventually, scored two knockdowns in the eighth round.

The first came from an overhand right, which dropped Barrios along the ropes. He got up on shaky legs and Davis eventually landed a booming left to the face and Barrios was quickly down again with more than a minute and a half remaining in the round.

To the Texan’s credit, he not only survived but actually threw punches back at the shorter Davis, who was swinging wildly and seemed to almost punch himself out at the end of the round eight.

So, Davis got the impressive victory and now, a report out on Monday says that his PPV was solid, as well,

While the number of “buys” isn’t that impressive, it should be pointed out that the 25-0, 24 KOs Davis didn’t require massive money, as a guarantee, at least, not yet. And, Barrios wasn’t in a position to demand very much, as the opponent. So, from an economics standpoint, over 200,000 PPV purchases means it was a money maker for Showtime Networks.

So, that leads to Davis’ hint about fighting in the Fall and the attention will again turn to WBC #1 contender Ryan Garcia. Garcia pulled out back in May of his fight scheduled for early this month with Javier Fortuna (he’ll fight Jo Jo Diaz this Saturday in Los Angeles) citing “mental health.”

Garcia had made clear after his TKO win over Luke Campbell in early January that it was Davis that he wanted.

And, with the popularity of Garcia, especially through social media, his is a juicy name that Davis may be wanting to battle. And, fans would “pony up” for  another PPV for that type matchup.