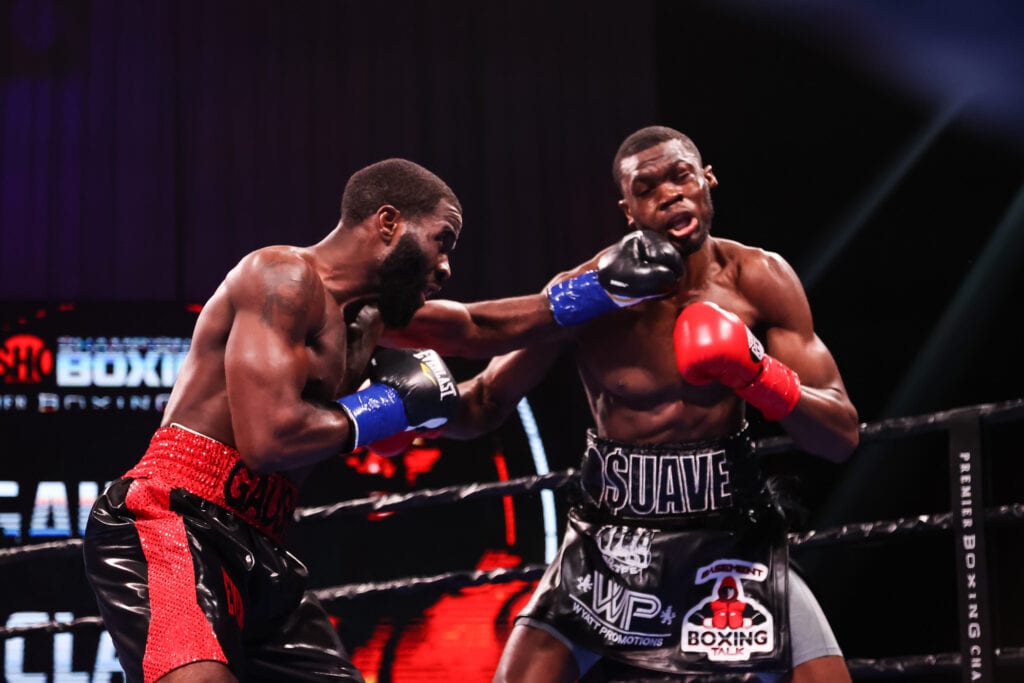 Terrell Gausha to open up the Showtime broadcast Saturday night reminded us why he was the former title challenger as he disposed of Jamontay Clark in two rounds from the “Fightsphere” of Mohegan Sun Arena in Uncasville, Connecticut.

This fight on paper looked to be something for Clark to climbs the ranks over at Premier Boxing Champions ladder at 154. Gausha came in 1-2-1 in his last four fights and was last seen in September losing a decision to Erickson Lubin, which was, by all accounts, not interesting.

“I just think I was listening to my coaches, and I stayed patient.,” Gausha said after the fight.

First-round in this contest was a feeling out round and is well known with Gausha fights that he was a slow starter, and this round between both didn’t change that narrative. However, the second round picked up for Gsusha considerably, and he scored a knockdown on Clark when he landed a pretty counter right hand over Clark to send him down. Clark was able to get up but was immediately pounced on by Gausha and resulted in referee Arthur Mercante having to stop the fight.

“I felt like I had a chance to knock him out,” Gausha told BoxingScene.com after the fight. “I didn’t know how the fight was going to play out. We studied him good, and we were able to execute the game plan.

That film study paid off as anyone saw Clark take on Vernon Brown and Sebastian Fundora saw that Clark was suspect to that right which sent Clark down.

“I just stayed in ranged and didn’t pull back and landed that right hand,” Gausha stated when he was watching the knockdown back with Brian Custer.

Gausha, with this win, is back in the mix at 154 and has made a simple statement to the rest in divison.

We’ll see what happens next for him here, but this isn’t the end of the line for the southpaw from Cincinnati.