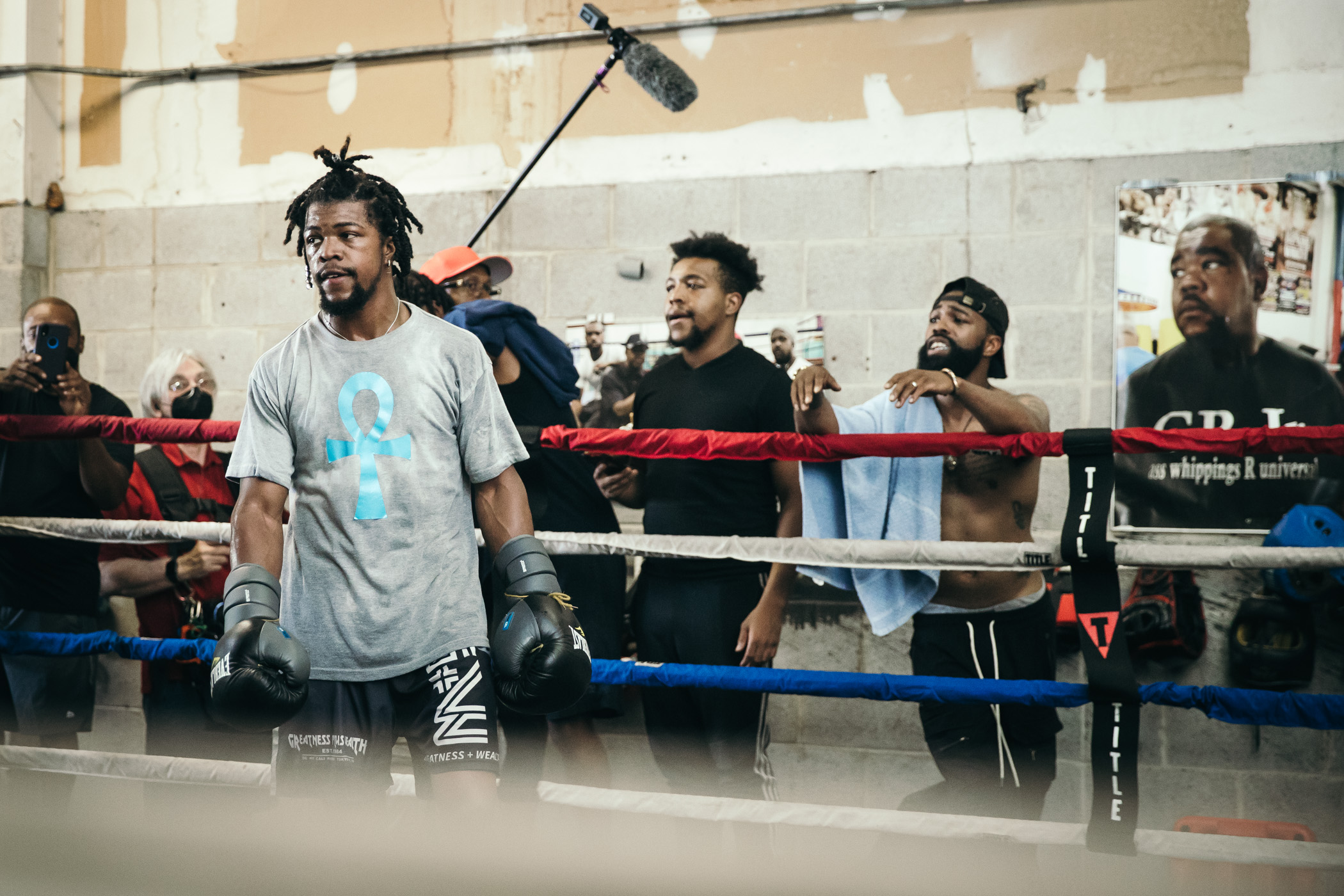 Junior welterweight Gary Antuanne Russell, making the transition from elite prospect to contender, believes the victory he scored in his last fight will be of big assistance headed into his next bout.

Russell dominated and knocked out former world titleholder Viktor Postal in the 10th round on Feb. 26 for by far his biggest victory. Postol had not been stopped in two previous defeats, including by Terence Crawford.

Now, Russell is taking on another formidable opponent in former junior lightweight and lightweight titlist Rances Barthelemy in the 10-round opening bout of a Showtime-televised tripleheader on July 30 (9 p.m. ET) at Barclays Center in Brooklyn, New York.

“I’m up against a fighting style that I believe is similar to Viktor Postol’s,” Russell said at his media workout on Monday at The Enigma Boxing Gym in his hometown of Capitol Heights, Maryland. “Postol is a little more defensive, but they’re both long and rangy opponents.

“It’s, of course, a plus that I was able to be the first person to stop Postol. But at our gym and with our family, we don’t magnify fights like these. We pay attention to our credentials, and don’t really worry about what our opponents bring. The way we train, we’re not going to run into styles that we’re not accustomed to.”

Russell (15-0, 15 KOs), 26, a 2016 U.S. Olympian, will be fighting for the first time since the death of his father and trainer Gary Russell Sr., who had been ill for some time and died in May at age 63 due to complications related to Type 2 diabetes.

Gary Sr. trained his sons to box, including Gary Russell Jr., who lost his featherweight world title in January and has taken over his younger brother’s head training duties as their family continues to mourn the patriarch’s death.

“My brothers have always been in my corner,” Gary Antuanne said. “We all now are so tunnel visioned on what’s important. Our motto in the gym is that the ultimate revenge is success.”

Gary Jr. said he and his brothers learned all they know about the ring from their dad and now it’s up to him to carry that on.

“Our father was not just a magnificent father, but a teacher and a mentor,” Russell Jr. said. “He molded not just men, but soldiers. He gave us the tools, the skills and the wit to properly maneuver through this jungle that we’re in.

“The biggest thing that our father taught us was versatility. That’s the biggest key with anything you do in life. I’m a great fighter because I’m versatile. A lot of these fighters are just really good at one thing. I don’t want to see someone who’s only good at fighting one style. I was always side-by-side working with my father when it came to working with my younger brothers. Even before I was going to fight, if they were on my undercard, I would work their corners as well. I think my father was somewhat always preparing me for this.”

Since a draw with former lightweight titlist Robert Easter Jr. in 2019, Barthelemy (29-1-1, 15 KOs), 37, a Cuba native fighting out of Las Vegas, has won both of his fights, a unanimous decision over All Rivera in January 2021 before stopping Gustavo David Vittori in the second round in November.

Gary Antuanne said the key for him is to make whatever adjustments are necessary once the fight begins like his father always drilled into him and his brothers.

“With this sport, you have to have diversity in your style,” Gary Antuanne said. “Because you never really know what kind of opponent you’re going to be facing. They might change up their fighting style based on yours. We just strive for excellence and execution.

“We train for perfection every day. We know that execution is what wins fights. If our opponent can’t make the necessary adjustments to keep us off them, then that’s on them. This sport is a battle of wits. My will versus your will and my intelligence versus yours.”

A win over Barthelemy would go nicely with the win over Postol and push Russell up the ranks in a deep division.

“If we come out unscathed from July 30, we’ll start working on the next opponent and get another fighter with great credentials in there,” he said. “We’ll be looking at fighting for the titles. Our goal was to clean out the division. That’s the first goal. Then we’ll start moving up to other weight classes eventually.”

Said Russell Jr.: “Rances is a great opponent. Whoever wins this fight is getting a big leg up in their career. My brother is looking to take over the division. I don’t think there’s any fighter in the division who he couldn’t beat. He can run through these guys. All he has to do is listen, that’s it.”