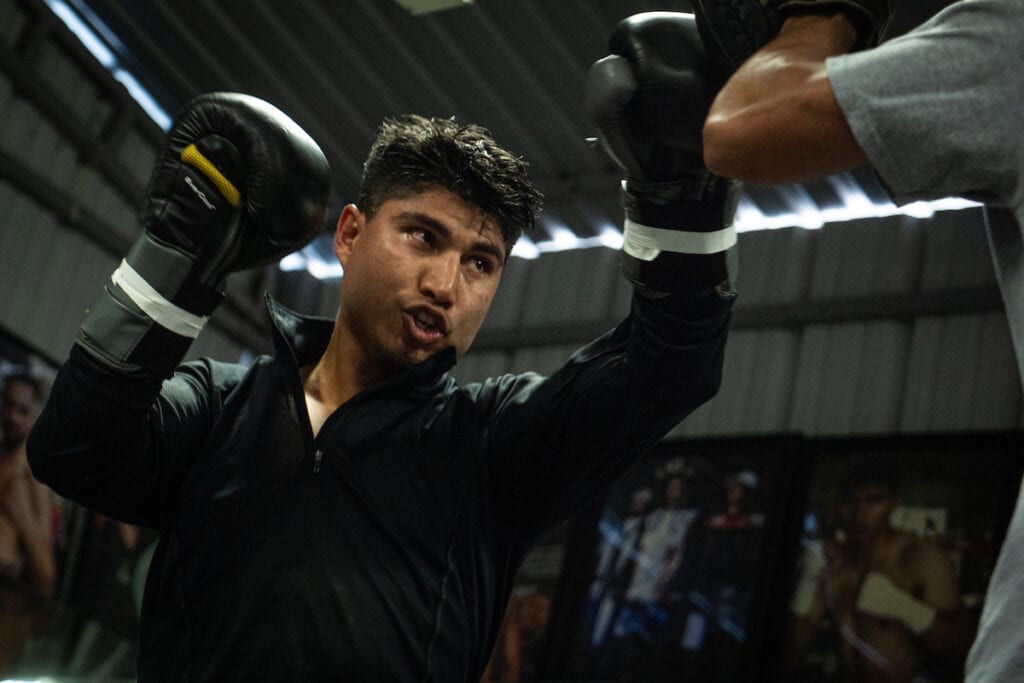 Mikey Garcia says he will prove he can win a world title at Welterweight and become a five-weight World champion as he prepares to face Jessie Vargas at 147lbs at Ford Center at The Star in Frisco, Texas on Saturday February 29, live on DAZN in the US and on Sky Sports in the UK.

Garcia (39-1 30 KOs) has stayed at Welterweight to meet Vargas (29-2-2 11 KOs) following his World title clash with IBF ruler Errol Spence at the AT&T Stadium in Arlington, Texas in March, stepping up two weights following his comprehensive win over Robert Easter Jr in a unification clash in Los Angeles in July 2018.

⏳ As he pursues a return to World Championship glory, @jessievargas_
puts in the work for an epic Mexican-American showdown on Feb 29! 🔥

The 32 year old returns to action just under a year since his meeting with Spence, and has chosen to remain at 147lbs to meet former WBO Welterweight ruler Vargas, the former two-weight champion himself looking to return to World title level.

Garcia understands that fans and media alike are curious to see him remain at Welterweight and not go back down to 140lbs or 135lbs – and the man himself says that he will shine on the first night of the latest phase of his glittering career.

“I think that there’s a lot more that I can do at 147lbs,” said Garcia. “The Spence fight was not a representation of that, it wasn’t my night and not the fight that I wanted to fight, I just couldn’t perform and once in a while you have an off night and it happened to be that night for me. I need to show my fans and the boxing world that I can do a lot more, even at 147lbs.

“A World title in a fifth division is very exciting. I would love to fight for a title again at 147lbs, claiming a World title in a fifth division would be amazing and that’s why I am staying at 147, but there are other motivations for me in the sport, I’m not done, there’s a lot more to accomplish. After this fight I’ll look at options at 147lbs and 140lbs, I’m not stuck at either weight, I’m keeping my options open.

“I have a lot of legacy to build still, I want to create a bigger legacy for myself and for my family. I’m not done. I still feel I have a lot more to accomplish and I know I will. I’m in the prime of my career right now. There’s no looking back or stopping me right now.

“I consider this the third stage of my career because I am coming off a loss. Can I come back stronger and better than before or am I done? Past my prime? That’s why I’m here to prove it to everyone that I’m not any less than what you saw in previous years, in fact, I am only getting better. I’m not declining at all; I’m fast, strong and talented, and I consider this next part to be the best years of my career.”