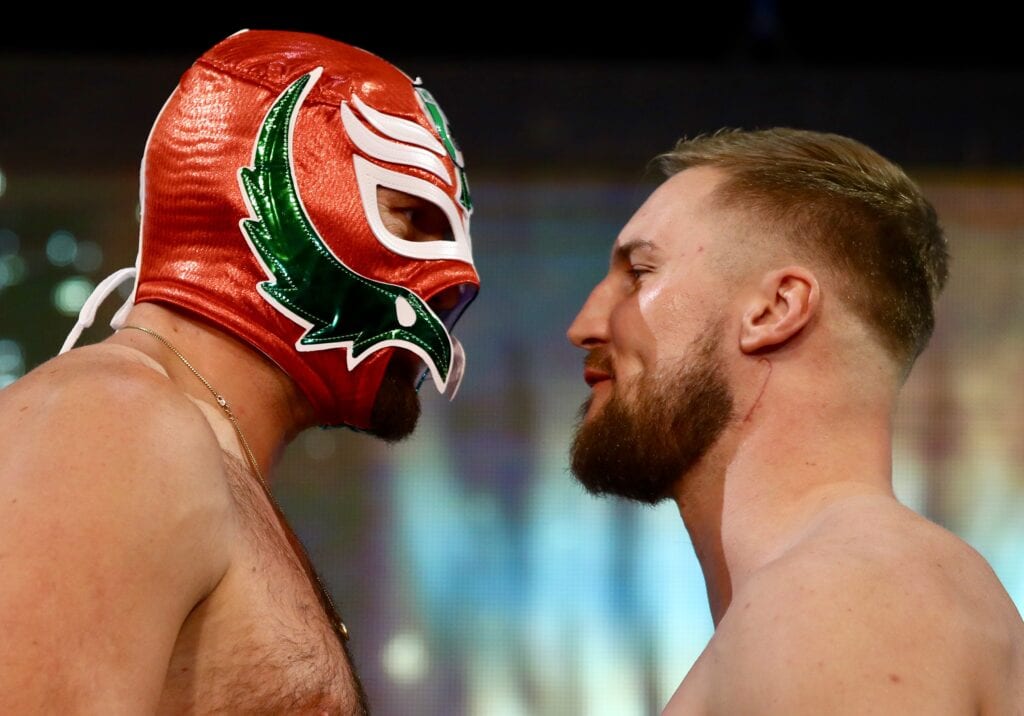 Tyson Fury made his way in the ring last night to settle his differences, but it wasn’t with WBC Champion Deontay Wilder.

On last night’s episode of Monday Night Raw, Fury closed out the program in storyline demanding an apology from Braun Strowman for running Dolph Ziggler into him while he was sitting ringside on Friday.

Strowman came down to the ring and was not so willing to offer one and offered to knock him out similar to what Wilder did in his match with Fury back in 2018. After a few back and forth insults and staredowns, Fury pushed Strowman, which led to Strowman tackling Fury to the corner – and the two of them began to brawl.

Several security guards stepped in to break them both up – which eventually led to Fury and Strowman, knocking out all of the security guards. They began to brawl once again, which led to several wrestlers running to the ring to break them up. Fury and Strowman broke through the wrestlers several times to continue brawling, and they had to be pulled apart several times.

It's an all-out BRAWL between @BraunStrowman & @Tyson_Fury in the middle of the ring on #RAW! pic.twitter.com/AHdGdEEbaJ

There was more action in this scripted promo to close out the WWE Broadcast in Bakersfield, California than his last two bouts against Otto Wallin and Tom Schwarz combined.

While the crowd in attendance in Bakersfield didn’t cheer as loud as anticipated during the lines, Fury dropped until the brawl broke out, this will build up over time and will eventually lead to a match on an upcoming WWE pay-per-view. The end game of these hijinks, if I had to speculate, will be a “boxing match” between the two.

The main concern on everyone watching last night for Fury was if there would be any contact with his left eye that needed over 40 stitches after his contest with Wallin during Mexican Independence Day weekend. Strowman during the attacks didn’t seem to come anywhere near this during the melees.

Fury is hoping that this will gain new eyeballs as all of the publicity on WWE will help build the upcoming pay-per-view match that is expected to happen with Wilder in 2020. This is a tried and true method that has worked for decades with the most recent participant Floyd Mayweather taking on The Big Show at WrestleMania XXVi.